​Manchester United are preparing to make an opening offer for Newcastle's Sean Longstaff, with the Magpies in turn interested in the imminently out-of-contract Red Devils midfielder Juan Mata.

Ole Gunnar Solskjaer has a massive task on his hands this summer as he looks to rebuild the United squad, and the early indications show that the Norwegian is targeting younger, British players - given United's interest in Swansea's 21-year-old winger Daniel James. 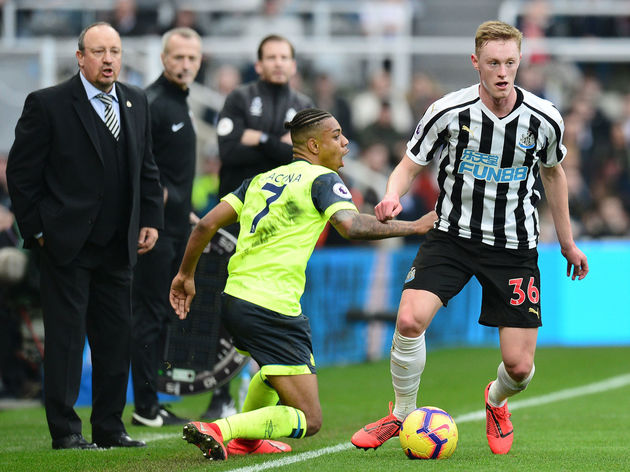 Longstaff, also 21, emerged as a budding star for the Magpies last season, despite only making 12 appearances for the club in all competitions due to an ankle injury. However, his passing ability, composure on the ball and tackling ability seem to have impressed Solskjaer enough to begin transfer proceedings with a bid (of an unspecified amount) expected in the next 48 hours, according to the ​Telegraph.

However, the ​Manchester Evening News contradicts the Telegraph's report, claiming "Longstaff isn't on the Reds' list of transfer targets for the summer." Additionally, the report states: "Newcastle United are adamant they won't sell Sean Longstaff to Manchester United this summer and the player is said to be relaxed about his future."

Newcastle manager Rafa Benitez would be reluctant to let Longstaff, a Newcastle academy product, leave the club, but there are still question marks over the Spaniard's future at St James' Park, with no news of a contract extension despite Benitez's contract expiring at the end of June.

In addition, Newcastle owner Mike Ashley has shown a willingness - some would say eagerness - to sell Toon players for big profits over the years, whilst stalling on making any suitable bids for incoming players to the club.

Hence why it makes sense that Newcastle are being linked with a move for Juan Mata, who is expected to leave Old Trafford this summer.

Mata, 31, previously worked with Benitez at Chelsea, and according to the ​Sun, Benitez is keen on bringing his compatriot to St James' Park. However, Newcastle would face competition from Mata's former club Valencia and even Barcelona for his signature.