​As we enter into a summer of what is sure to be huge upheaval at Manchester United, just about every player in the squad has been rumoured to be heading for the exit door.

Whether it be regular starters and star names such as Paul Pogba and David de Gea, or basement-level squad players such as Marcos Rojo and Phil Jones, virtually all of them have been linked with a move away from Old Trafford this summer. 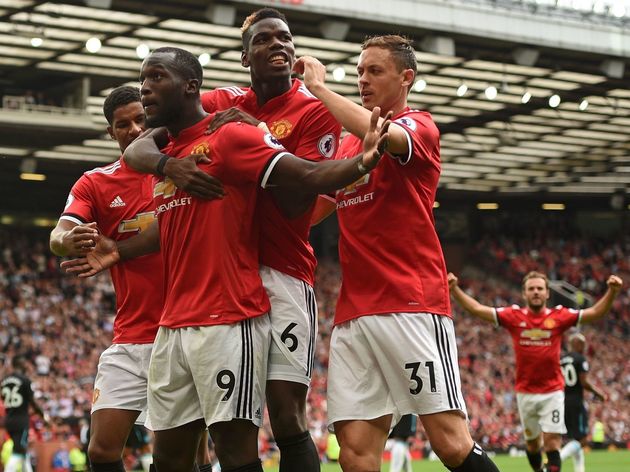 While Lukaku somehow managed to keep up the facade that he might be good enough to play for United for a few weeks afterwards, for Matic that was as good as it got.

To make matters worse, during that time his ability on the ball has also deteriorated. And yet, while he is the epitome of everything that's wrong with the current United squad - slow, ponderous, poor on the ball, lethargic, only getting worse - he appears to be missing from the cull which is surely on its way during this transfer window.

Manager Ole Gunnar Solskjaer has made it clear what type of player he is after - young, energetic, progressive, potential to improve - and yet, despite Matic being the antithesis of that, it seems like the Norwegian wants to keep him. While nothing more can be done about Herrera now, another part of the problem can still be rectified by selling Matic this summer.

As a holding midfielder there are two main aspects to the job: the ability to snuff out danger and protect the defence when the opposition have the ball and how to use the ball when your team has possession.

In most cases, players are so excellent at one that they make up for being not quite so good at the other. For example, the likes of Toni Kroos

Others such as N'Golo Kante Fernandinho Unfortunately, Matic is not good at either.

His passing is poor and not nearly progressive enough. Too often the ball goes backwards and sideways when at the feet of the former Chelsea man

Defensively he is no longer good enough as well.

Far too often since arriving in Manchester, Matic has been either overrun and overpowered by the opposition midfield or outsmarted by the more elusive attacking schemers at home and in Europe.

United are in desperate need of a major upgrade in such a crucial position. A move for West Ham midfielder Declan Rice should be a no-brainer, with the 20-year-old having both the defensive and offensive skills required to be a huge success at Old Trafford.

The England international would be a huge improvement on Matic right now and that gap between the pair is only going to increase in the coming years as Rice develops and gains more experience.

Academy prospect James Garner should also make the step up to the first team next season as it is this type of player that Solskjaer should be focused on, not trying to get a bit of life out of a player who is way past his peak. If the United boss truly wants to change the culture and style of football at the club then he must make sure Matic is one of the first to leave this summer.

However, it may take him a while to get to the exit door.