Matthijs de Ligt has hinted at a possible reunion with Barcelona-bound Frenkie de Jong amidst speculation linking the defender with a summer move to the Spanish champions.

Barcelona have been the front runners to land De Ligt's signature over the past few months, but the Blaugrana have failed to negotiate a deal just yet and ​Recent reports have suggested that a move could be jeopardised by ​Barcelona's crippling wage bill, but De Ligt's comments on De Jong may fill supporters with a renewed sense of optimism.

"Play with him there? It would be good to play with Frenkie at a club, but in these moments I don't know what will happen."

Both De Ligt and De Jong played central roles to Ajax's run to the Champions League semi-finals this season and the pair are set to be in action together again in the summer when they represent the Netherlands at the UEFA Nations League Finals in Portugal.

While his future destination is still up for debate, De Ligt's departure from Ajax is looking increasingly likely after the Dutch outfit recently 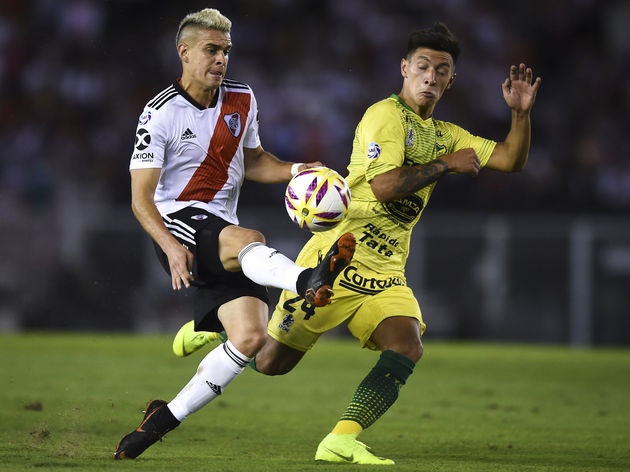 "Martinez is a left-footed player who can handle multiple positions at the back. He is a defender who wants to play football," sporting director Marc Overmars told ​Ajax's website.

"And Lisandro is still young, so we expect him to continue in the coming years to be an even better player."