​All right, all right, settle down Toon Army. I know you're all wanting to know if there's any updates about Rafa Benitez signing a new deal, but we've got none of that for you today, since Mike Ashley is taking his sweet-ass time realizing it's in everyone's best interests to get a deal done quickly.

What we do have for you Geordies is some tasty transfer gossip for you to digest - or spit out, it's your choice. ​Willems might ring a bell with you, considering Newcastle have been linked with the Dutch international since January 2016.

But in true Newcastle fashion, the club hasn't done anything about it, even though Willems himself admitted that the Toon are interested in him.

"There is interest from those clubs,” the 25-year-old told VTBL (via HITC) after being asked about a potential move to Newcastle or Roma.

He plays as a left-back for Frankfurt, which is handy, but why would we assume that Newcastle will sign him now, if they haven't been able to for the past three years? That is according to the ​Daily Star, who claim the Venezuelan is stalling on delaying his decision on his next move with West Ham and Wolves both interested in his services.​

And who can blame him? There's nothing quite like being adored by the Toon Army or scoring a goal at St James' Park. With a 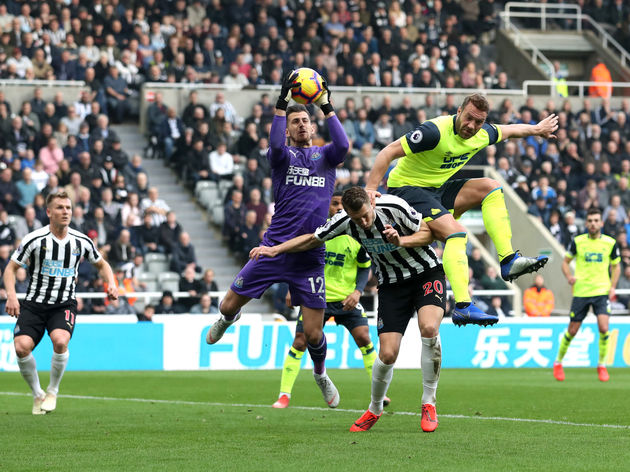 The Slovakian stopper, whose Wikipedia page once read that he was the father of Hadrian's wall after his heroics against Manchester United in his Newcastle debut, has told the ​Chronicle that he is 'happy' ​on Tyneside, and dismissed the rumours linking him with a move to Juventus.

"I will not think about it. I just focus on my job here," Dubravka said.

"What happens in the summer is up to the people in the office. I'm happy here - I'm playing every week and enjoying myself." Dwight Gayle spent last season on loan at West Brom as Rondon headed in the other direction, and did a fine job for the Baggies - scoring 24 goals as the club just fell short in their push for promotion.

Naturally you'd assume that West Brom would want to retain the services of Gayle on a permanent basis, but ​BBC WM

"We don't want to keep players on big contracts and then have to lay off normal staff and make people redundant," added Dowling.

As a result, Leeds have been mooted as a possible destination - but only if they serve the Magpies up highly-rated duo Kalvin Phillips and Jack Clarke in return. Seems unlikely.