Hope Solo Has No Regrets After 2016 USWNT Exit & Is Still Waiting for 'Respect' From U.S. Soccer

Having been an international player since 2000 and a veteran of three World Cups, Solo saw her playing contract terminated by U.S. Soccer after the Olympic games in 2016, the result of her labelling Sweden a 'bunch of cowards', combined with past incidents the federation believed to amount to 'conduct that is counter to the organisation’s principles'. Solo, then 35 years of age, was granted 'personal leave' by club side Seattle Reign after losing her international contract and has never played at club or international level since.

Now 37, the two-time Olympic gold medallist might still have been part of the USWNT at the 2019 Women's World Cup had things worked out differently, but the former star has told Pro Soccer USA that she has no regrets or loose ends and is happy with her career.

"I will tell you that I am really happy where I am in life, that I fulfilled everything that I wanted to fulfil on the field," Solo explained.

"If I would have retired without a World Cup trophy, I think I never would have been able to settle into my new lifestyle. But luckily we won that 2015 World Cup and I was able to win a couple of Golden Gloves, which was a personal goal of mine, and a couple of gold medals. I hold almost every goalkeeping record. I am not sure there is much more that I could have done." 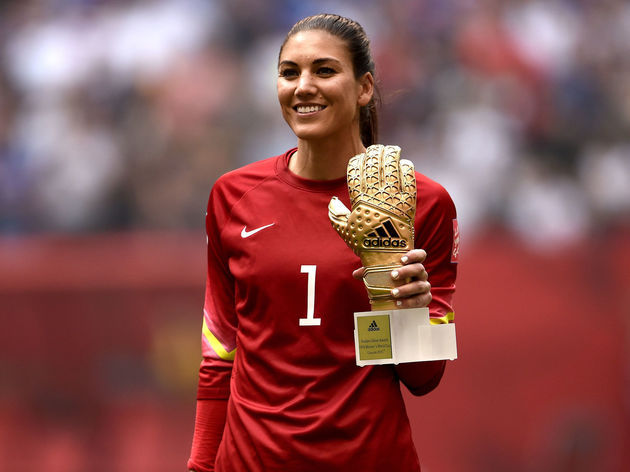 Solo had previously been embroiled in controversy after being charged with assault (later dropped) in 2014. In 2007, she had made controversial comments criticising then USWNT coach Greg Ryan after she was suddenly dropped for a World Cup semi final against Brazil in favour of veteran '99er' Brianna Scurry, who conceded four goals as the Americans lost a 51-game unbeaten streak, after which Solo temporarily became something of a pariah in the squad.

But rather than watch the 2019 World Cup from home this summer wondering what might have been, Solo will be playing an active role in France, working on British television with the BBC to share her years of expertise, experience, insight and analysis at the tournament.

As for the future, Solo has confirmed she will never return to playing, although she also maintains that she has not retired and is still waiting for the 'respect' of a retirement game from U.S. Soccer, like countless others have had in the past. Only then will she be able to 'retire'. "I think we all know the answer to that question, I am not going to play again. I have not retired because, well, I got fired," the Washington Huskies alum said.

"You know I hope one day U.S. Soccer will give me the respect that every other player has received, which is a retirement game. And hopefully one day I'll be able to actually, formally retire and say goodbye to all my wonderful fans."