​Bundesliga champions ​Bayern Munich are growing increasingly confident that they can complete a deal for ​Manchester City's Leroy Sane this summer.

The Germans are looking for reinforcements in the wide areas this summer, and are keen to snap up the former ​Schalke 04 star following the departures of long-term wingers Arjen Robben and Franck Ribery. 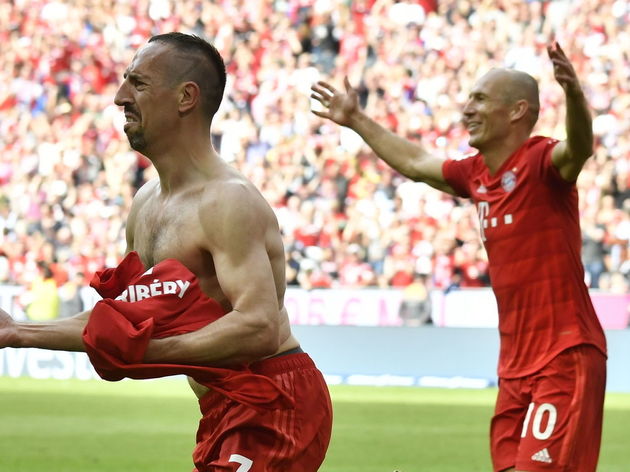 Chelsea youngster Callum Hudson-Odoi was ​Bayern's primary target up until a month ago, but a long-term Achilles tendon injury suffered during the Blues' Europa League win over Frankfurt has seen Sane, according to the Mirror

Despite featuring 47 times for City this season and scoring 16 goals, Sane has spent much of the latter half of the campaign on the substitutes bench. He finds himself fourth in the pecking order currently, with manager Pep Guardiola favouring​ Raheem Sterling and ​Bernardo Silva over the German international, as well as Riyad Mahrez.

Add rumours of a potential move to the Etihad for Benfica's Joao Felix to the mix, and Sane's playing time at the treble winners could be reduced even further. Although he still has two years on his contract, Guardiola recently addressed the fact that the club have attempted to get Sane to extend his stay. Unsurprisingly though, Sane is reluctant to commit his future to the club.

Guardiola said: "With Leroy, we are one and a half years trying to sign his new contract.

Sane's club and international teammate Ilkay Gundogan has also been linked with a move away from the club, but it appears he may now open new contract talks instead - though Guardiola conceded that certain players will be leaving this summer.

He added: "Some movements we have to do for next season, yes, because people want to leave and players want to play. They accept not playing for a period but when that period is long, it's normal that they want to play more." Sane certainly looks like one of those players whose time at the Etihad could be coming to a close, unless he can convince Guardiola of his desire to improve and earn his place in the starting XI.