The 21-year-old has enjoyed a breakout season in the Championship, having contributed five goals and ten assists in 38 league appearances for the Swans. 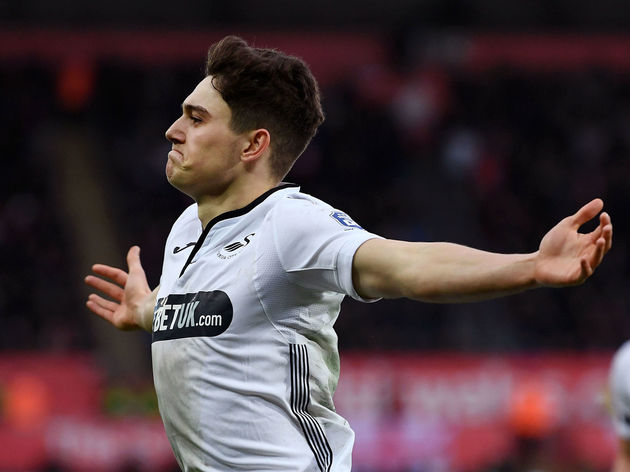 Having been declared frontrunners for the winger last week, an agreement now appears to be in place (via Mail​Online Sport) to bring James to Old Trafford, as manager Ole Gunnar Solskjaer looks to rebuild his Man Utd squad.

James' most notable asset is his blistering pace, but he can also play on either flank - with Solskjaer lining him up to play on the right wing to cut inside on his stronger left foot, having sent club scouts to specifically check his suitability for the role.

He has also broken through on the international stage this season, with United legend Ryan Giggs handing him two senior appearances for Wales, which included a goal on his competitive home debut in the 1-0 win over Slovakia.

The news will pile further misery on Swansea fans after a difficult week, following the departure of manager Graham Potter, who has taken over from Chris Hughton at Brighton.

Potter's new side were also linked to James, as were fellow Premier League sides Everton and Newcastle, but the Red Devils offered the most attractive wages and transfer fee.

Daniel James set to become Manchester United's first singing of the summer. Deal not done yet but will be soon. Personal terms agreed. Player wants to join United. https://t.co/1GI9FLhCeM

James came very close to joining promotion challengers Leeds United on deadline day in January after the club's agreed to a fee much lower than the sum being mentioned now, but the deal fell through at the 11th hour thanks after Swansea's board pulled the plug.