​Olivier Giroud is set to stay at Chelsea after the club took up the clause in his contract that triggered a one-year extension.

Giroud joined the Blues from Arsenal in January 2018 for around £15m, and has gone on to make 62 appearances for the club, notching 17 goals and 11 assists in that time.

The forward would've been allowed to depart Stamford Bridge as a free agent this summer had the club not enacted this clause, but according to reports from ​Goal, the Frenchman is now set to stay with the team for a further season. 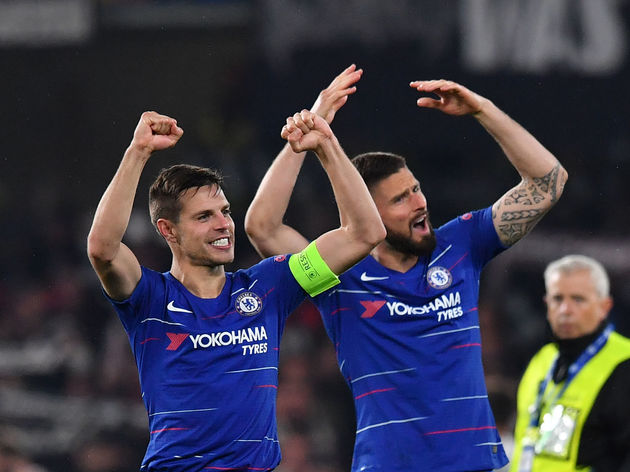 Speaking after his side's quarter-final second leg victory over Slavia Prague in the Europa League, Maurizio Sarri revealed he expected the 32-year-old to stay at Stamford Bridge, despite continued links with a return to Ligue 1, with Nice, Lyon and Marseille all said to be interested.

“He [Giroud] is sure [to stay] because the club has an option for another year, another season," the Italian proclaimed. "I spoke to the club two days ago and we agreed to exercise the option. So, he will remain.”

And this proclamation has now been confirmed, with reports also claiming that the Frenchman will be handed a starting berth in the upcoming Europa League final against his former side in Baku.

Wrote about Super Frankie Lampard & why he's not ready for the Chels just yet. 🧿 #CFC

With 10 goals from 13 games, ​Giroud is the tournament's joint-top goalscorer alongside Luka Jovic, and the forward looks set to be handed the chance to claim this title for himself from the start against the Gunners.

However, this development could simultaneously spell the end for Juventus loanee Gonzalo Higuain, with the ​Blues understood to have made no moves to keep the Argentine striker beyond the summer and Maurizio Sarri the only senior figure keen to keep the player at the club, with his own future also in doubt.