​Major League Soccer has had its fair share of hiccups since its first season back in 1996 but one thing the league has never struggled with is constant goalscorers.

With 12 weeks finished in the 2019 MLS season, Chris Wondolowski overtook the number one spot on the list with a four-goal haul against the Chicago Fire, taking his overall tally to 146 goals in 338 regular season matches. ​Twellman was forced to end his career earlier than expected due to lingering symptoms of a concussion suffered in the 2008 season, but not before he set the league on fire and became the youngest player in MLS history to reach 100 goals.

The 39-year-old ended his career with 101 goals in just 174 matches played and it's hard to imagine he wouldn't be at the top of this list if he would have been able to play out a full career. 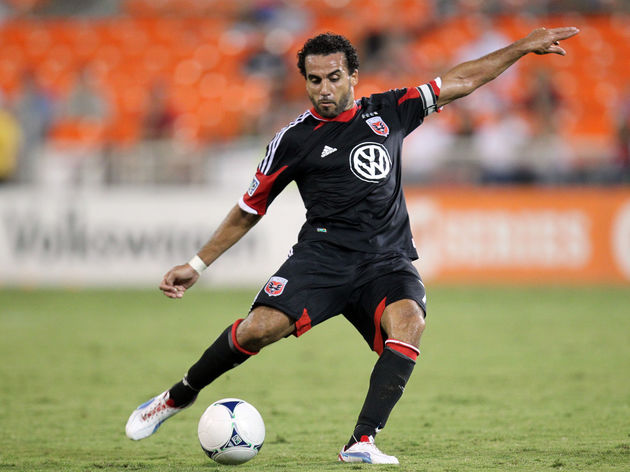 ​Former Canadian international De Rosario scored 104 goals in 343 matches over the course of a 13-year career with San Jose, Houston, Toronto, New York and D.C. De Rosario is a four-time MLS Cup winner as well as the 2011 MVP award winner.

Now 40-years-old, the Canadian is still playing professional football in the Major Arena Soccer League in Ontario Canada. De Rosario was named to the all-time Canadian XI after representing his country from 1999 to 2015. ​Wright-Phillips is one of three active players on the all-time ​MLS goalscoring list with 107 goals and counting. The former Manchester City and Southampton striker has been one of the league's most consistent scorers since he made the move in 2013.

In his first full season in the United States, Wright-Phillips equalled the single-season goalscoring record with 27 before this record was broken in 2018 by Josef Martinez. 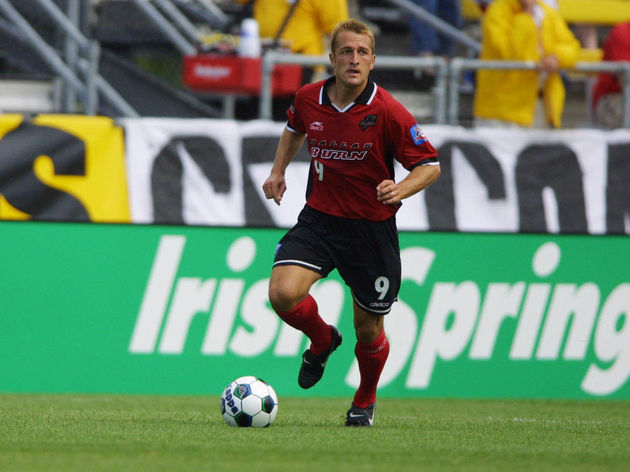 ​Kreis has been a mainstay in Major League Soccer for years now, following up his 12-year playing career by managing Real Salt Lake, NYCFC and Orlando City FC. During his time as a player, Kreis racked up an impressive 108 goals in 305 matches played for some of the earliest clubs in the league.

The 46-year-old is currently the manager of the United States U-23 national team and a member of David Beckham's Inter Miami technical department before they begin to play next season. ​Razov became just the third player to reach the 100-goal mark in MLS in 2007 when he hit triple digits at the age of 33. Razov holds the goalscoring record for former MLS side Chivas USA and current side Chicago Fire.

The 45-year-old is still in the league as an assistant to Bob Bradley who was his manager on multiple occasions throughout his playing career. Razov also earned 25 caps for his country, scoring six goals including a pair of important strikes which helped the US qualify for the 2002 World Cup. ​At 34-years-old, Kamara moved up into fifth place on the all-time scoring list with a goal at the beginning of the 2019 season against Orlando City. Kamara has played for a record seven MLS clubs, recording 119 goals in 323 appearances.

Kamara is a huge personality in the league and has been a divisive player at almost every club he has been a part of. Despite his antics, the 34-year-old is still getting it done in Colorado bagging seven goals in 11 appearances already this campaign. ​A four-time MLS Cup winner and fourth on the career goalscoring list, Moreno had one of the most successful reigns the league has ever seen. His D.C. United squad dominated in the early stages of the league and he was an instrumental part of all the winning in the nation's capital.

Moreno was inducted into the D.C. Sports Hall of Fame in 2018, adding to his already incredible list of accolades. The 45-year-old is also one of two players in MLS history to score 100 goals and provide 100 assists. ​While Cunningham wasn't ever a part of a title-winning MLS club, he is a two-time Golden Boot winner and three-time MLS Best XI selection. Cunningham's 134 goals came for five different clubs across the country including Columbus, Colorado, Salt Lake, Toronto and Dallas.

The 42-year-old came into the 2011 season on 132 goals, one behind Moreno on the all-time list. In a 4-1 defeat to Seattle, Cunningham calmly put away a penalty to bag his second goal of the season and overtake the top spot until 2014. ​The greatest footballer in US history is now the second-highest goalscorer in the history of MLS. Donovan is one of the most decorated players in league history, winning a remarkable six MLS Cups, seven Player of the Year awards and was named to the MLS all-time XI in just his third season in the league.

Donovan has been the face of US football for years, even if he has been retired from the national team since 2014. The 37-year-old will be lacing up his boots for his country once more for the US National Arena Soccer Team with former teammate Jermaine Jones. ​Saturday night's match against Chicago Fire was a historic one for Wondolowski as he ​​took over the top spot in the MLS goalscoring charts with the first four-goal haul of his career and first hattrick in over seven years. Going into the game, 'Wondo' only needed two goals but he stepped up in emphatic fashion to top Donovan on the charts.

The 36-year-old has represented the United States 35 times over the course of his career, bagging 11 goals in the process. Despite his incredible goalscoring record, Wondolowski may be best known for his miss in the 2014 World Cup which would have sent the US to the quarter-finals.