Watford Transfers: Deciding Which Players to Keep & Sell This Summer

​Watford enjoyed their most successful Premier League season to date, finishing in 11th place and reaching the FA Cup final - although the result at Wembley didn't quite go as planned.

Things could have been even better for the Hornets as they were very much in contention to finish best of the rest in the league, and in doing so, earn a place in the Europa League qualifying stages. However, after a stunning comeback against Wolves in the FA Cup semi-final, attention turned to their day out at Wembley and with it came a lapse in their league form. They only managed to gain four points from a possible 18 in their last six league games, leaving them outside the top ten come the end of the campaign.

Javi Gracia won't dwell on what could have been, his side have competed well this term and are on the brink of becoming a solid top half of the table team. So what can be done this summer to ensure another season of improvement at Vicarage Road? Here's a run down of their first team and who should still be there come August. 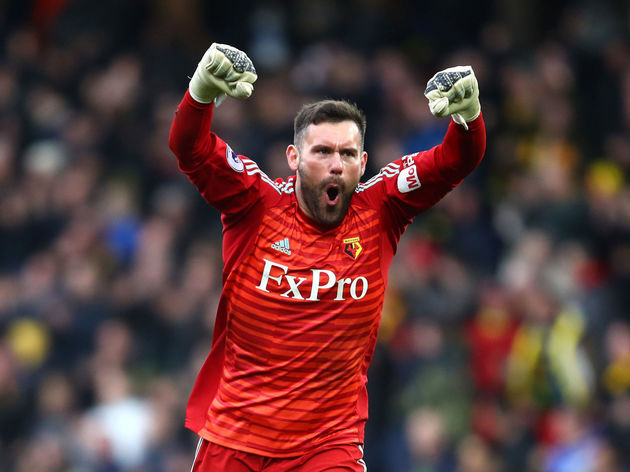 Ben Foster - Keep - Their first choice keeper is without a doubt their best option between the sticks and played every minute of Premier League football this season. At 36 he's no spring chicken, however he recently revealed his wish to play into his 40s and providing his health and form remains consistent, Watford won't be looking to replace him in the short term.

Gomes - Release - The veteran has sent mixed messages about his future at the club, stating earlier in the season that he was '99 per cent' sure he would retire. He now seems to have made a U-turn, revealing that he would sit down with the club and see if there's anything he can do to help out next season. With Foster the obvious number one and youngster Daniel Bachmann - Keep - The Austrian has been on loan at Kilmarnock this season and made a name for himself by producing plenty of top class performances in Scotland. He's been linked with a move to Rangers, Stuttgart and Hannover, however he's revealed he wishes to make a name for himself in the Premier League. He should be first choice back up for Ben Foster should Gomes hang up his gloves. José Holebas - Sell - The full-back is now 34 and as shown in the FA Cup final, may not be up to the task of defending top players anymore. Reported interest from F Craig Cathcart - Keep - With 36 appearances this season the 30-year-old has been a rock in the Hornets defence. He has formed a strong partnership with Adrian Mariappa.

Adrian Mariappa - Keep - With over 300 appearances for the club, the youth product has been central to Watford's continued improvement in the Premier League over the last three years.

Christian Kabasele - Keep - Not making as many starts as last season, Kabasele isn't out of favour, but has stiff competition from Mariappa for a place in the starting lineup. With two years left on his contract he won't be leaving in the summer and is still highly regarded by Gracia. Abdoulaye Doucouré - Sell(?) - He's been a stand out performer this season, however he has also been vocal since January about his ambitions to play Champions League football - and now seems like a good time to cash in on him. I

Étienne Capoue - Keep - 33 appearances this season for the Frenchman who will be looking to replicate his fine form next campaign - hopefully alongside Doucoure.

Nathaniel Chalobah - Keep - His Watford career got off to a slow start through injuries however he will be looking to nail down a starting sport next season after featuring nine times this term.

Tom Cleverly - Sell - ​Cleverly is pretty much a squad player for Gracia after signing for Watford in 2017 for £7m. His contract runs until 2022 so he will likely stay at the club unless a potential suitor makes an offer. If that happens then the club should cash in and re-invest in a youth prospect. Gerard Deulofeu - Keep - After already garnering interest from AC Milan in the January transfer window, Watford are sure to be inundated with offers for their star player again in the summer. If they can keep him then they should do at all costs, as it is likely other stand out performers in Roberto

Roberto Pereyra - Keep - As with Deulofeu, Pereyra will be hot property in the summer due to his excellent season with the Hornets. The Watford technical director has stated publicly that he will do what he can to keep the likes of Pereyra, Deulofeu and Ken Sema - Keep - The 25-year-old has a contract until 2023 after signing for the Hornets last summer. With so much depth in their squad, Sema didn't manage to get a proper run in the side, however did make 22 appearances in all competitions.

Will Hughes - Keep - At only 24 years old Hughes has just completed his eighth professional season and his best so far. With 37 appearances this campaign - more than double last years total, he will be pivotal for Gracia going forward. Troy Deeney - Keep - The captain has had another good season, asserting his authority on the pitch whenever he can. He hasn't been as prolific as past campaigns so the club will need to bring in a goalscorer to help him out and even more importantly should Deulofeu or Pereyra leave.

Andre Gray - Keep - The striker has struggled this season to adapt to the way ​Watford have been playing, and rarely gets the start ahead of Deeney. He should be kept a hold of for squad depth as he can still produce goals in the top flight.

Isaac Success - Sell - Failing to find his feet after signing in 2016, the 23-year-old has been linked with a move away from Vicarage Road. If the opportunity arises, they should sell him in order to free up funds to buy another striker who is able to challenge ​Deeney for a starting place.