Bournemouth Transfers: Deciding Which Players to Keep & Sell This Summer

Bournemouth's 2018/19 season was by no means perfect, but the Cherries finished well clear of the relegation zone and earned a point more than they managed in 2017/18.

It's a sign of just how far they've come since earning promotion to the Premier League and, despite their status as one of the league's smallest clubs, they are now firmly established as a mid-table outfit. But, in order to maintain that status, Bournemouth could be in for an arduous summer as they look to cling on to some of their first team stars.

Here's a look at who ​Bournemouth should be looking to retain and sell on during the summer transfer window. Asmir Begovic - SELL​ - The Bosnian keeper's stock has fallen considerably since he made the move to the south coast and, let's be honest here, he was pretty diabolical this season. A move elsewhere would make sense for both parties.

Marc Travers - KEEP - It's still early days - he's only played two senior games after all - but Travers looks like he could be the real deal. He should be given the number one spot next season.

Artur Boruc - KEEP - Boruc's deal runs out this summer and he is certainly no spring chicken, but he should be provided with another year - acting as a backup to Travers.

Aaron Ramsdale - KEEP - Ramsdale is highly-rated and could be provided with a few opportunities next season. Diego Rico - KEEP - It wasn't a memorable debut season by any means for the Spaniard, but he deserves at least another year to prove himself.

Adam Smith - KEEP - Smith has proven himself to be a versatile full-back, capable of doing a job on both flanks - there's very little chance he'll be going anywhere.

Charlie Daniels - KEEP/INJURED - Daniels may have been on the chopping block this summer, but his injury will prevent him from going anywhere.

Thanks for all the messages of support this week. The road to recovery has already started and I’ll be back stronger 💪 #afcb 🍒 pic.twitter.com/qMPHboSZYn

Simon Francis - KEEP/INJURED - Again, the club won't be able to sell Francis, even if they wanted to.

Brad Smith - SELL - The Aussie has no future at Bournemouth.​ Nathan Ake - KEEP - A no-brainer, really. The Cherries must hang on to Ake at all costs.

Chris Mepham - KEEP - Mepham didn't do brilliantly after joining the club in January, but he deserves another six months before any judgements are made about his future.

Steve Cook - KEEP - Cook may not be the most-talented individual, but his importance to Bournemouth should not be underestimated.

Happy to have won the community Award this year. Congratulations to all winners🙏🏽🍒#playerawards#afcb pic.twitter.com/eI3ScDyYt4

Jack Simpson - LOAN - Simpson broke into the starting XI at the end of the season, but he may not be ready for a full season in the Premier League just yet. Bournemouth should be looking to bring in a more established centre-back while he continues to develop. 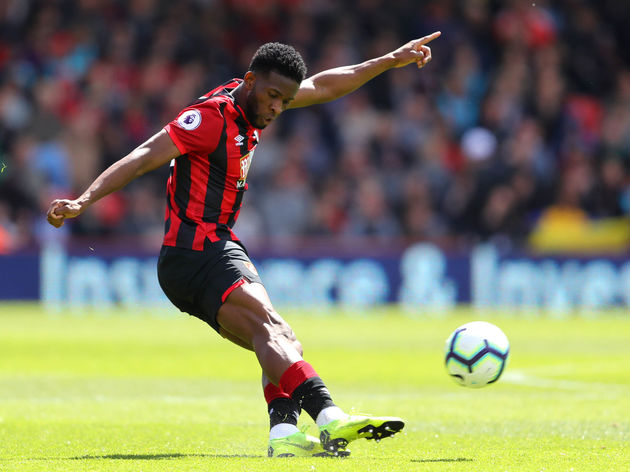 Jefferson Lerma - KEEP - Bournemouth's record signing has enjoyed life in the Premier League so far and he'll continue to play a central role next season.

Lewis Cook - KEEP/INJURED - Cook is one of the most promising central midfielders in England and it'll great to see him return to action next season.

Andrew Surman - SELL - Surman has been a loyal servant for Bournemouth. but he isn't quite Premier League quality. Cashing in before his current deal expires would be sensible.

Dan Gosling - SELL - Perhaps harsh, but Gosling falls into the same category as Surman. There are plenty of midfielders who could act as a serious upgrade.

Harry Arter - SELL - He didn't do enough at Cardiff to prove his worth to Bournemouth.

Emerson Hyndman - SELL - Hyndman's chances of breaking into the first team are small he has one year left on his current deal. Ryan Fraser - KEEP - This one depends on how much opposing sides would be willing to fork out for Scotsman. He's an outstanding talent and would be a huge loss - Bournemouth need to squeeze interested parties for every last penny if they do allow him to leave.

Junior Stanislas - SELL - His game time was limited in 2018/19 and if Bournemouth delve into the transfer market then he is only going to fall further down the pecking order.

Jordan Ibe - KEEP - He hasn't been able to live up to the hype that surrounded him a few years ago and this could be his final chance to impress.

Thank you so much to @afcbournemouth for the opportunity to have such an incredible send off today. So grateful to have been a part of such an incredible journey over the last 9 years - had the time of my life. 🍒 ⚽️❤️ pic.twitter.com/z065NKZfRp

David Brooks - KEEP - Keeping him will prove to be a tough task, but tying him down to an improved deal in March should work in Bournemouth's favour. Callum Wilson - KEEP - Another player Bournemouth will have to fight tooth and nail to hang on to. His record speaks for itself.

Josh King - KEEP - King keeps on scoring so there's no reason to consider selling him.

Dominic Solanke - KEEP - Solanke is hugely talented and, although he's yet to have much of an impact on the south coast, he should come good.

Lys Mousset - SELL - Mousset hasn't been able to displace King or Wilson up top and that's unlikely to change any time soon. Besides, five goals in 71 appearances doesn't make for good reading.