​West Ham United are one of several Premier League clubs looking to sign Salomon Rondon, after the striker impressed during his loan spell at Newcastle last season.

The Venezuelan international was crucial in ensuring the Magpies avoided relegation during this campaign, scoring 11 goals and providing eight assists in all competitions. This form did not go unnoticed by his peers, and with current side West Brom failing to secure promotion, Rondon is likely to look elsewhere for Premier League football next season.

I feel really honoured to have been named @NUFC's Player of the Year. A real privilege! 🙏🏾

I owe the award to my teammates and you Magpies who've battled all the way with us. Thank you for the amazing support at St. James' Park!!

One of the striker's potential suitors are West Ham, with Football London reporting that bringing a new striker to the London Stadium is manager Manuel Pellegrini's main priority during the summer transfer window.

Rondon has moved to the top of West Ham's striker wish list after their pursuit of Celta Vigo frontman Maxi Gomez hit a stumbling block in the form of a reported £40m release clause.

The Hammers hierarchy had been hoping that Celta Vigo would succumb to relegation from La Liga, which would have resulted in a sharp decrease in the Uruguayan's asking price. However, after picking up nine points in their last six fixtures - including a sizeable scalp against Barcelona - Celticos ensured they would be playing in Spain's premiere division next season. However, they will face competition in their attempt to lure the Venezuelan away from West Brom next season. Newcastle are reportedly very interested in making St James' Park a more permanent home for Rondon, following last season's impressive loan spell, with Wolves also keen on acquiring the striker's services. 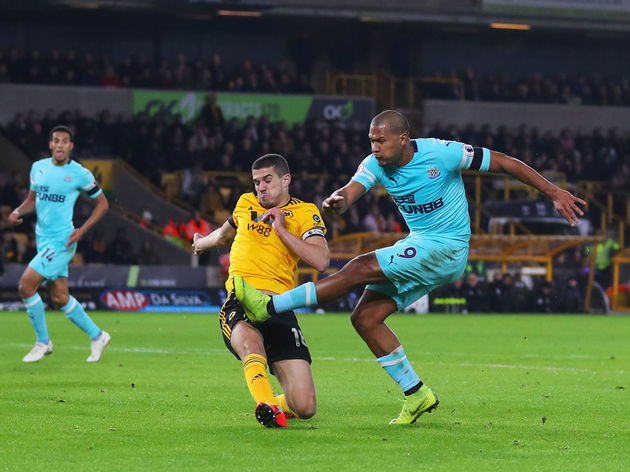 At 29 years of age, Rondon is in the prime of his career and will undoubtedly be looking for regular first team football next season. It is this factor that potentially hands West Ham and Newcastle an advantage in securing his signature, as he is unlikely to displace Raul Jiminez at Wolves after the Mexican's sensational Premier League debut season.