​Arsenal are set to take advantage of Roma's transitional summer by ramping up their interest in Kostas Manolas - and the Gunners are willing to meet the defender's £31.5m release clause.

Unai Emery's side have enjoyed steady progression this season, finishing seven points better off than last term in the Premier League, and have also gone a stage further in the Europa League by reaching this season's final against Chelsea.

Defensive struggles have still proved problematic at the Emirates, though, with Arsenal having conceded 51 Premier League goals this season - 28 more than champions Manchester City and 12 more than fourth-placed Tottenham.

Shkodran Mustafi is among the struggling defenders who look to be on their way out of north London this summer and, according to ​II Messaggero, the Gunners could be set to meet Roma's £31.5m demands to bring Kostas Manolas to the Premier League club. The Gunners have been linked with a move for the Greek international in previous years, whilst London rivals Chelsea are also interested in the 27-year-old, but it is suggested that the Blues' transfer ban could work in Arsenal's favour in the race to sign Manolas.

Maurizio Sarri's side are unable to sign players in each of the next two transfer windows, whilst central defensive reinforcements are widely suggested to be among Unai Emery's transfer priorities this summer.

Manolas could potentially form a formidable partnership with compatriot Sokratis Papastathopoulos at the Emirates, and the Gunners could be aided in their efforts to recruit the former Olympiacos star by the period of upheaval in the Italian capital in the coming months. 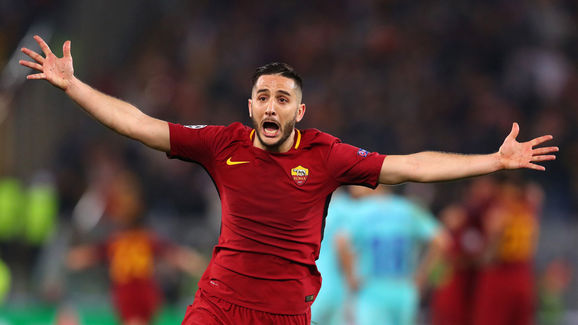 It is suggested that Daniele De Rossi's departure could be the first of a number of high-profile changes over the summer, with former Manchester City star Edin Dzeko also said to be edging towards the exit at the Stadio Olimpico.

Roma are apparently set to appoint Atalanta boss Gian Piero Gasperini as their new manager, with Claudio Ranieri departing as interim boss at the end of the season, and the Serie A giants having seemingly failed to tempt former Chelsea boss Antonio Conte to take the reins.

The club are said to be seeking an overhaul of their coaching setup, with a number of star players also likely to head out of Rome, and those circumstances could benefit Arsenal's cause in their bid to lure Manolas to north London.

However, the Gunners are apparently not alone in their willingness to meet the defender's buyout clause, with Serie A champions Juventus also waiting in the wings and able to match the £31.5m figure, meaning that any deal for Arsenal remains far from a formality.