Wondolowski was drafted by the Earthquakes in the 2005 SuperDraft after a successful college career at Chico State University and went on to lead the league in scoring in 2010 and 2012. The 36-year-old striker has also won two MLS Cups with the Houston Dynamo as well as representing his country at the 2014 World Cup in Brazil.

​​Saturday's match against the Fire was the first four-goal haul of Wondolowski's historic 16-year career, an emphatic way to etch his name into the books forever. The record-breaking goal came when goalkeeper David Ousted spilt a routine cross into the box and the 36-year-old was there to tap in from two metres out.

Speaking after the match (via the ​MLS official site), Wondolowski reflected on the achievement, saying: "

“I got messages after the game on the video board," he added. “Those guys, you know, that they even know my name, talking to me, congratulating me. It’s amazing. It’s still surreal. It still hasn’t sunken in. I’m not sure when it will or if it will – until I’m even more grey and a lot older. It’s special.” 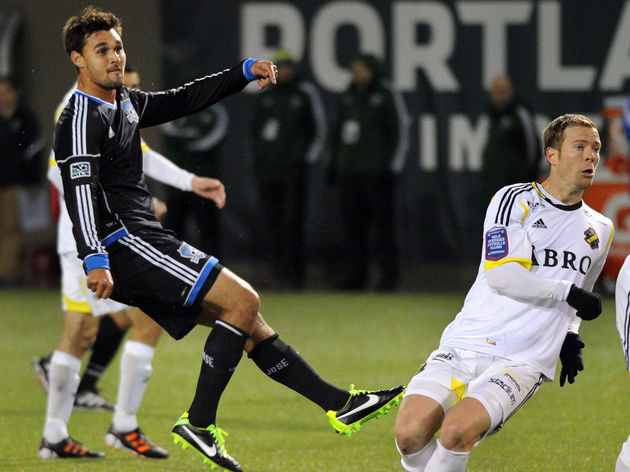 The Earthquakes will continue to push for a spot in the playoffs when they travel north of the border to take on Toronto FC at BMO Field on Sunday.