Premier League outfit ​Brighton & Hove Albion are close to appointing Swansea City's Graham Potter as their new manager ahead of the 2019/20 season.

The 43-year-old has only spent this past year in South Wales after making a name for himself with Swedish side Östersunds, and Potter helped guide the club into a comfortable mid-table finish in the Championship this season.

But The Guardian reports that Potter is now on the brink of being poached by Premier League side Brighton following their decision to part ways with manager Chris Hughton. 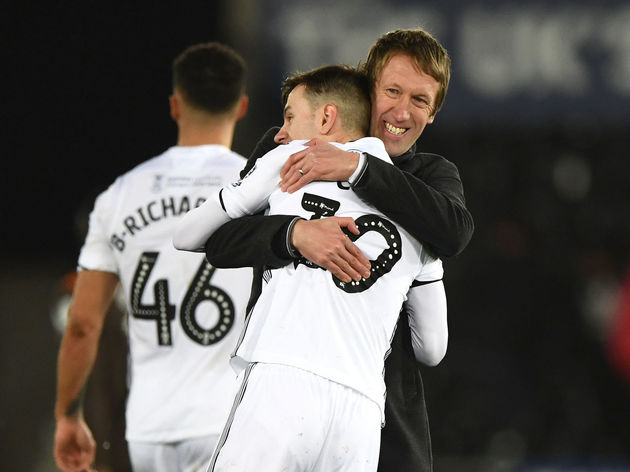 It's understood that the Seagulls will be forced to pay £2m in compensation to Swansea City this summer to land Potter, who will be looking to take three members of his backroom staff to the south coast.

Swansea had offered Potter a new contract at the Liberty Stadium in the hopes that he'd be convinced of snubbing a move to the Premier League.

The club's decision to part with Hughton came as a shock for many fans but both parties felt that they needed to go into a new direction.

The 60-year-old isn't short of potential new clubs either, with West Brom most notably linked with Hughton following his departure from the American Express Community Stadium

Few people in football with more integrity, dignity, humility and kindness than Chris Hughton. Outstanding coach who developed into a good manager, who got #bhafc up, kept them up. Some recruitment/style issues, ok. But sacked? Football’s a magical sport but a merciless business.

During his almost five years in charge of Brighton & Hove Albion, the Seagulls have been transformed from a bottom half of the table side in England's second tier to a stable Premier League club.