​Tottenham defender Danny Rose has urged the club to give manager Mauricio Pochettino "what he wants" to help build on their success this season.

Pochettino has had one hand tied behind his back over the last few years in north London, with Tottenham's delayed stadium move and a lack of funds in the transfer market looming over the club.

But the Argentine has still been able to secure a top-four finish in the league this season, and most impressively guided the club into the Champions League final. 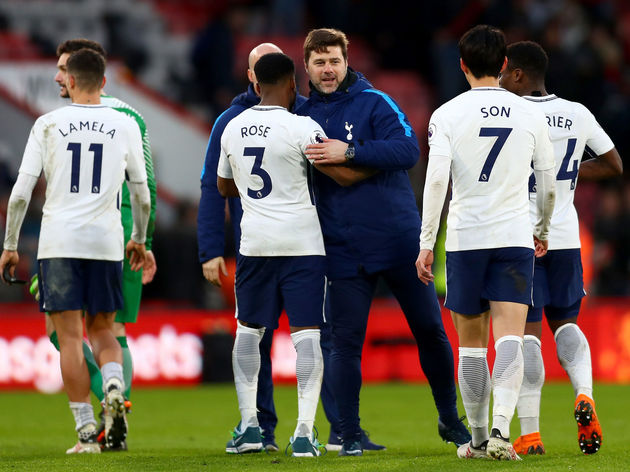 Defender Rose, who's their longest serving player having joined in 2007, insisted that the club's decision-makers now have to back Pochettino to ensure that the Tottenham can build off their success this season.

"Listen to the manager. I fully agree with what he says. He said recently what the next chapter of the club is and I agree with him," Rose told talkSPORT. "It's safe to say that not many could operate in the circumstances with no stadium and not signing anybody.

"Spurs are a part of the big six and we have a different way of working and there aren’t many managers that would bring in Champions League football three or four years in a row while bringing players through and getting into the England squad.

"Hopefully, we can give him what he wants."

Klopp and Pochettino deserve to contest a UCL final. Two world class managers who have taken their clubs to the next level.

Rose also hinted that his club and international teammate Harry Kane could return from injury in time for the Champions League final next month.

"Yeah. It’s a secret. He’s doing well," he added. "Everyone saw him running on the pitch at the end of the Ajax game. I think I’ll be allowed to say he’s doing really well."