The 8 Most Destructive Players In Football History

​When you think back to some of the greatest teams in history, they all have one thing in common - a destructive force who can recover possession.

Playing with the ball at your feet is all well and good, but teams need players who are ready to give it all to keep their side on top.

Here are eight of the most destructive players in history. 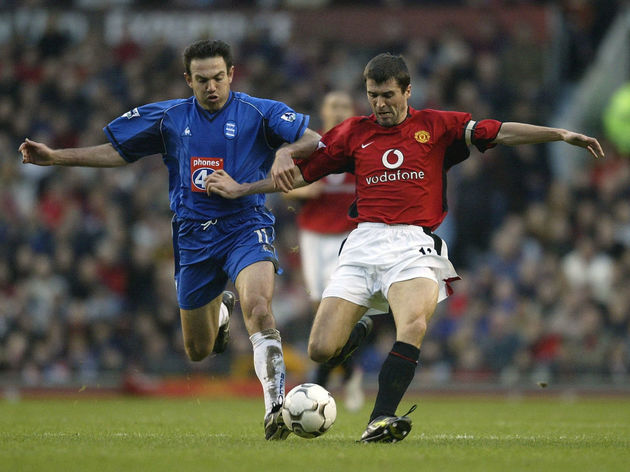 ​Some midfielders thrive on putting in a good tackle, and that certainly can be said for ​Manchester United legend Roy Keane.

The tough-tackling Republic of Ireland international made a living out of his crunching tackles, and he was certainly not afraid of making an enemy or two along the way. He won the ball back like his life depended on it, and United fans long for a midfielder with his his no-nonsense attitude.

He was fantastic at his job, and there's a good reason why he is remembered as one of the finest to ever anchor a midfield. If you don't know how destructive Dutch midfielder Nigel de Jong is, just ask Xabi Alonso. The Spaniard probably still has the imprint of De Jong's boot on his chest after their collision in the 2010 World Cup final.

At that tournament, De Jong picked up two yellow cards, served a one-game suspension, and then returned to see another yellow in the final. In just a matter of days, the world was given a perfect snapshot into De Jong's play style.

​Brought into teams like ​AC Milan and Galatasaray specifically just to cause trouble, De Jong is currently doing his thing with Qatari side Al Ahli. If there are two things that ​Real Madrid star ​Sergio Ramos is good at, it's defending and destroying.

In his 606 appearances for Real to date, he has picked up a stunning 202 yellow cards, at an impressive rate of one card every three games. That would be a problem for most players, but not Ramos, who is one of the finest centre-backs Europe has to offer. Lee Cattermole has a reputation in England as the ultimate destructive midfielder. The Sunderland star has one job on the field, and that is to torment midfielders and make sure they have no time on the ball.

He is amongst the most-carded players in ​Premier League history, despite being nowhere near his competitors in number of appearances. His reputation does not hold him back, and he clearly thrives on being the man tasked with disrupting play.

With 14 yellow cards to his name this season, it's obvious that Cattermole is not slowing down any time soon. Gerardo Bedoya is far from a household name in world football, but he really should be. After all, he is the man with the most red cards to his name in history.

The retired midfielder spent his career playing in Colombia, Mexico and Argentina, and he certainly left his mark on South American football, as he picked up an astonishing 46 red cards throughout his career.

Bedoya was always prepared to give it all in his quest to recover possession, and he was a vital part of Colombia's Copa America-winning squad in 2001 for that exact reason.​ Throughout his career, ​Arturo Vidal has succeeded in moulding his game and ​ensuring he remains one of the world's finest but, deep down, we all know he is a destructive midfielder at heart.

The 31-year-old was a vital part of ​Juventus' success between 2011 and 2015, forming a stunning trio alongside ​Paul Pogba and Andrea Pirlo. He would use his power and energy to fly around the field, before using his technical ability to create a chance for his teammates.

Now with ​Barcelona, Vidal's destructive side is not seen as often as the Blaugrana do all their work with the ball at their feet. However, Ernesto Valverde knows he would be able to bring that side out of Vidal once more if necessary. 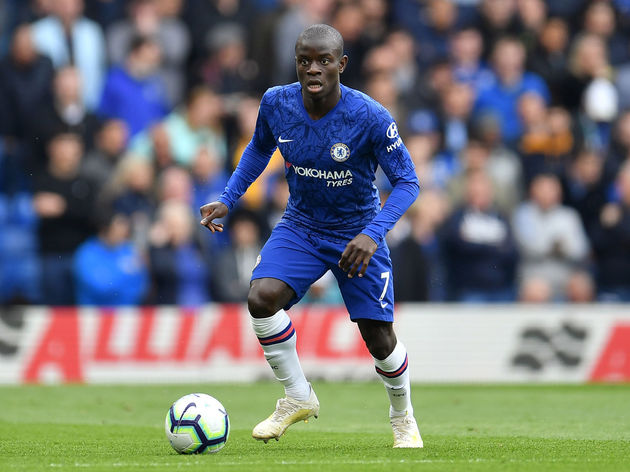 When ​N'Golo Kante is around, it's probably easier for attackers to just give him the ball, to save everyone the effort of the tackle.

The Frenchman, despite being one of the shorter players in the world, has an incredible eye for sniffing out danger, and he has done so to perfection with ​Leicester City, ​Chelsea and the French national team.

Kante's best physical attribute is his stamina, as he is able to chase down anyone, in any minute of the game, and break up their play. In this role, there are few in the world who are better than Kante.​ Almost the polar opposite of Kante, the towering ​Marouane Fellaini does not move with the same grace as the Chelsea man. Instead, Fellaini is all about using his size and physicality to get his way on the pitch, and it almost always works.

Whether for ​Everton, United or current employers Shandong Luneng, you always know what you will get from Fellaini. In midfield, he will be a powerful force who can win anything, either on the ground or in the air. If you opt to put him further up the field, he will strike fear into the hearts of defenders as he searches for header after header.

He has his own play style, and he has spent years perfecting it. The Belgian knows what makes him great, and he won't hesitate to show that off.​

This article is brought to you by Godzilla: King of the Monstersn cinemas soon. Check out the trailer below: