​Barcelona are said to be weighing up alternatives should Antoine Griezmann not complete an expected €120m move to Camp Nou, with Manchester United's Marcus Rashford and Arsenal pair Alexandre Lacazette and Pierre-Emerick Aubameyang apparently on their radar.

Primarily, Barça are thought to be targeting Griezmann this summer after the World Cup winner confirmed his intention to leave Atletico Madrid. But with the Frenchman also linked with Paris Saint-Germain and Manchester City, they can't afford not to have backup options. 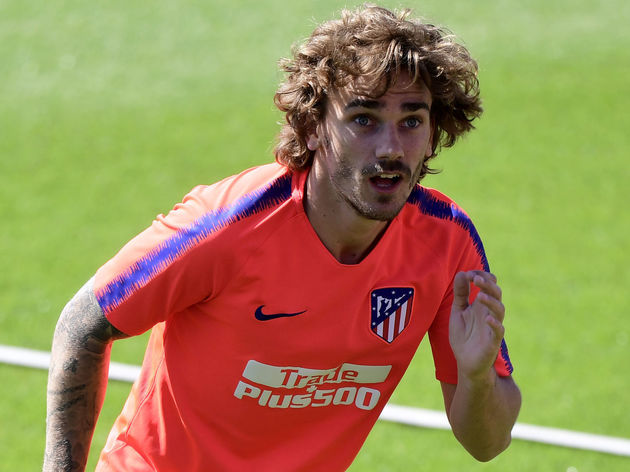 According to Mundo Deportivo (MD), that is why Rashford, whose contract at Manchester United is currently due to expire in 2020, is still a potential target for the Catalans.

It is the same reason that Lacazette and Aubameyang are said to be on 'the list' as well.

Arsenal fans were given a fright earlier this week when a screenshot of a Lacazette player profile on the official Barcelona website was shared online. After the initial shock it was revealed that manipulating the URL will throw up a profile of any player the club has ever faced.

It's okay. Turns out Barça's website has a thing where you can change the four digits in the URL and it gives you the page of...anyone they've played against?

Which is weird. But less funny.

But where MD claim that Lacazette and teammate Aubameyang are both of interest to Barça, Spanish football expert and author Guillem Balague has claimed they are not, nor is Aubameyang a target for Real Madrid, as has also been rumoured.

"Neither of them are wanted by both teams. Top players of course but they're not after either of them. Arsenal will have those two top strikers for another season at least," Balague said in his latest #AskGuillem video on his YouTube channel. But even if there is no real threat to Arsenal over Lacazette from Barcelona, AS claims that Atletico Madrid are eyeing the Frenchman as a possible Griezmann replacement.

Atletico previously had an agreement to sign Lacazette from Lyon before he moved to Arsenal in 2017, only for it be to scuppered by the club's FIFA-imposed transfer ban, and it is suggested he would still be a perfect fit for the Atletico system as Griezmann moves on.