Morata joined Atletico on an 18 month loan in January after a disappointing first 18 months at Chelsea, having arrived at Stamford Bridge from Real Madrid in a £60m club record deal in the summer of 2017. 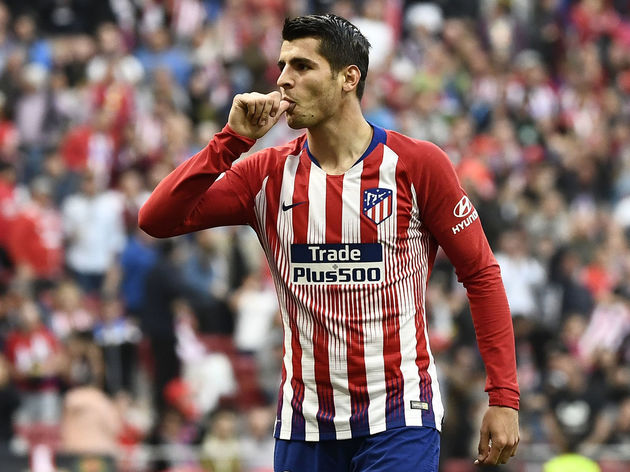 The Spaniard and his young family seemingly struggled to settle and a return to his home city was a welcome relief. He has since scored six times in 15 games for the club and now has no intention of playing his football anywhere else.

"I want to be here, I'm going to do everything I can to continue playing here," he said this week of his situation at Atletico, as quoted by the Daily Mail.

"I do not have anything else in mind, I would like to be at Atletico Madrid all the years that I have left of my career, to be as important as possible in the future."

Atletico are believed to have a purchase option of around €50m when the loan deal is complete at the end of next season, but Morata will also be hoping there is no way that his parent club can recall him if their transfer ban is upheld and they are unable to register new players. Chelsea are already reported to have decided not to take up either of their two options - a second loan or permanent deal - on disappointing January signing Gonzalo Higuain.