​Chelsea are not expected to take up their option on disappointing striker Gonzalo Higuain, who spent the second half of the 2018/19 season at Stamford Bridge on loan from Juventus.

Higuain had previously scored prolifically for manager Maurizio Sarri during their time together at Napoli, but the veteran Argentine was unable to repeat that form since moving to England and has scored just five times in 14 Premier League games. As such, a report from the Daily Mail claims that Chelsea are 'not planning' to extend the deal, either for a second season on loan or to make it permanent.

It is believed that Chelsea have the option to buy for £31.6m or loan a second time for £15.7m. But neither appears to be an attractive proposition, with a 31-year-old Higuain not likely to improve as he now further enters the twilight of his career.

The player's failure to set English football alight after previously scoring over 300 career goals for club and country will no doubt be a source of disappointment for Chelsea after the efforts made to secure a complicated deal in January. It remains to be seen what will happen to Higuain when he leaves west London and returns to his parent club in Italy, with his future at Juventus appearing bleak. At Chelsea, meanwhile, his departure could at least mean a reprieve for Olivier Giroud.

But where a decision on Higuain's Chelsea status has apparently been made, the club has been tipped to delay deciding what to do with Sarri until after the Europa League final later this month.

Chelsea have been rumoured to be considering the Italian's position, but the Daily Telegraph notes that nothing is decided, despite 'dead man walking' claims in his native Italy, and that winning the Europa League final against Arsenal could buy him a second season. 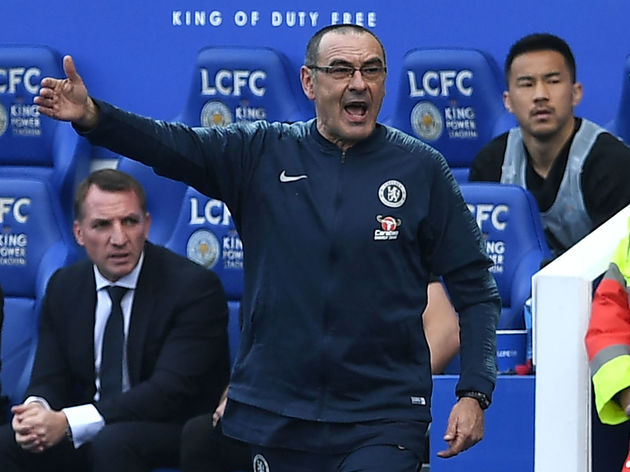 Despite failing to match sky high expectations, Sarri has enjoyed a strong first year on the face of it. He guided Chelsea to Champions League qualification after the club missed out in Antonio Conte's second season and already came close to securing a trophy in the Carabao Cup.