Derby are through to the Championship play-off final after a thrilling second leg encounter with Leeds at Elland Road, winning 4-2 on the night to book their place at Wembley alongside Aston Villa.

With Leeds leading 1-0 from the first leg, Stuart Dallas scored the opener in the 24th minute after Derby had dominated the opening stages and it seemed the tie was all but settled. But, Derby substitute Jack Marriott equalised on the night following a mix-up in the Leeds defence to give the Rams hope.

Mason Mount found the net 40 seconds after the restart to even the tie before Harry Wilson scored a penalty for Derby to hand them the lead. Then, Dallas got his second, levelling the tie at 3-3 before

Meanwhile Leeds will get to avenge their 5-1 defeat at Luton Town, as they will once again be meeting as equals in the league next season.

With the match on a knife edge after Derby fought back from two goals down, it's hard to understand what Leeds captain Liam Cooper was thinking when he tugged on Leeds United left-back Stuart Dallas had an absolute stormer of a game. The 28-year-old scored two goals as Leeds' strikers faltered in front of goal. 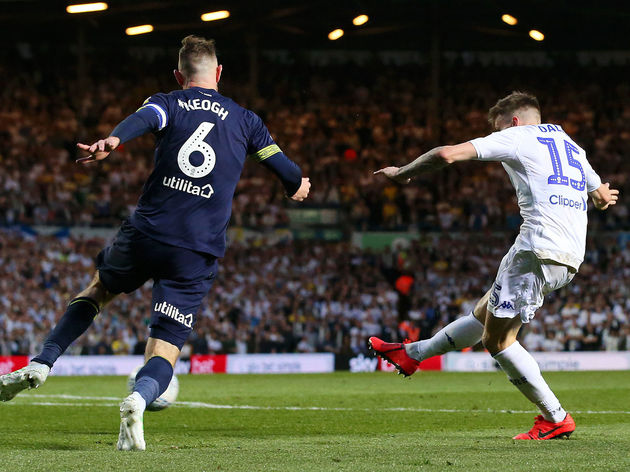 deserved hat-trick but was unable to find the net again.

With perseverance often comes a reward and that's what happened for super-sub Jack Marriott in first half stoppage time.

The Rams striker was chasing down what seemed like a lost cause, having just been brought on, when Leeds defender Liam Cooper went to ground to try and clear the ball.

He ended up colliding with goalkeeper

Jack Marriott was brought on by Frank Lampard to score goals, and that he did.

The super-sub scored with his second touch of the game and then clipped the ball beautifully over Casilla to give Derby the lead in the 85th minute. Given his performance in this match, the 24-year-old will hope he has done enough to justify his manager starting him in the final and if he can continue his scoring run then Derby's chances of reaching the Premier League will improve.

Derby have a play-off final with ​Aston Villa to look forward to where Frank Lampard will want to take the Rams into the ​Premier League for the first time since 2008. 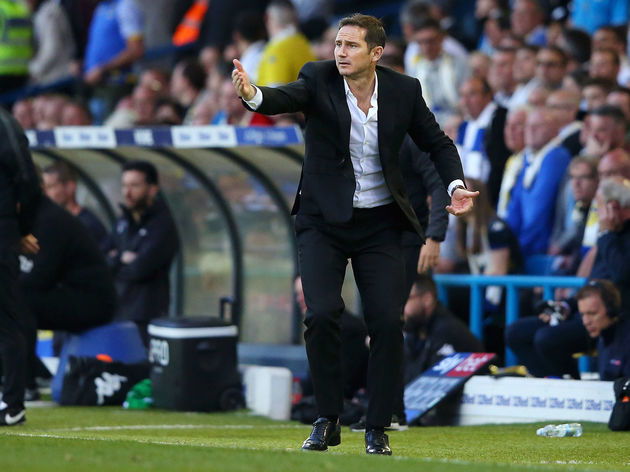 Leeds now have the summer to recoup and speculation will now be raised over the future of manager Marcelo Bielsa.