Newcastle United rounded off their 2018/19 season with a thumping 4-0 win away to relegated Fulham on the final day of the campaign to finish in 13th position with 45 points - one point better than last season's effort, although three places lower.

Unfortunately, the same problems that marred the Toon's campaign last season reared their heads once again in what's becoming a worrying trend for the Magpies, with this upcoming summer arguably the most important in the club's history.

Here's our evaluation and overall grade for Newcastle's performance this season.

​Newcastle got off to a pretty horrific start this season, not winning their first game until November (the Magpies suffered seven losses in 10 games before finally earning a 1-0 win over Watford).

That win was followed up by two more over Bournemouth and Burnley respectively as the Toon looked to move away from the relegation zone. 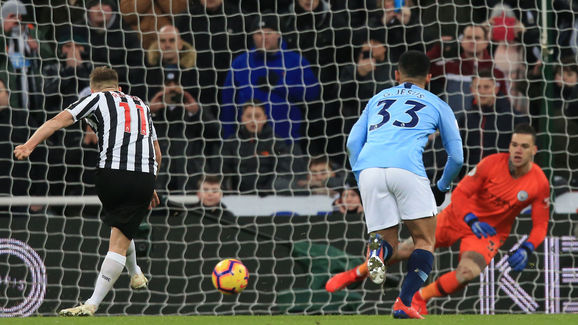 Yet, once again, Newcastle embarked on a dire run of form that saw them only win one game in 10 as the club unnecessarily flirted with relegation.

Thankfully, manager Rafa Benitez was able to right the ship in the second half of the campaign, with that magnificent 2-1 win over Manchester City serving as the catalyst for Newcastle to comfortably avoid relegation - though it should never really have got to that in the first place.

Continuing Newcastle's storied horror show in the domestic cups under owner Mike Ashley, the Magpies were unceremoniously dumped out of the Carabao Cup by Nottingham Forest thanks to an embarrassing 3-1 defeat at The City Ground. 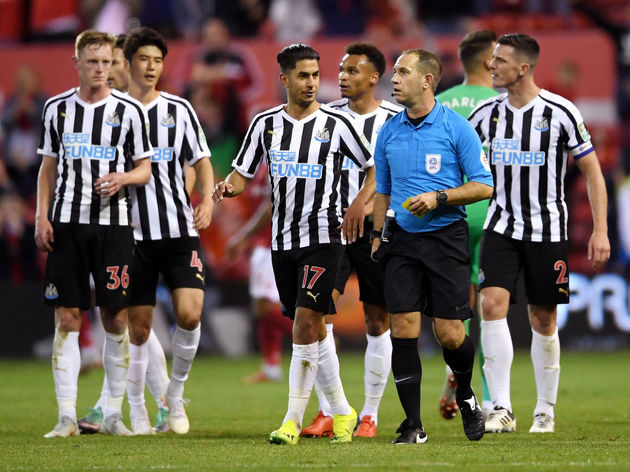 But wait, it gets better!

Just kidding - it get's worse. After being unable to handle a Championship side in Blackburn at St James' Park in a 1-1 draw, Newcastle travelled to Ewood Park and barely scraped by Rovers in extra time for their first away win in the competition since 2006.

Newcastle next faced Watford at home in the fourth round, and promptly lost 2-0 in what may have been their worst performance all season. That loss means that Newcastle haven't made it past the fourth round since Ashley took over the club in 2007. Coincidence? 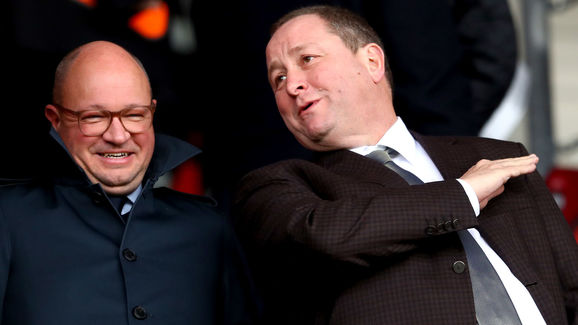 This was a tricky one, as so many small names - in a squad of small names - stepped up when the Toon needed them most this season.

Isaac Hayden, who was the consummate professional after being denied ​a move to the south coast for personal reasons this summer, was excellent. Fabian Schar, bought for

RB on Salomón Rondón: “Everybody is really pleased with him, because he has been a key player in our achievement. It’s very easy to say ‘we have to sign him’. Obviously he has to see what happens with West Brom. We have to wait a couple of weeks and then we will know.” #NUFC pic.twitter.com/RytYgD0ngB

Obviously, it's Kenedy, and with good reason too.​

After he enjoyed a successful loan stint for the second half of the season last campaign - scoring two goals and adding a pair of assists - much was expected of the Chelsea winger, as the Toon Army was excited to see what he could do over the course of a full season. What he could do, as it turns out, is not a lot. He demanded to take a penalty against Cardiff early on in the season, despite Matt Ritchie being the designated spot-kick taker. He duly missed, and added unnecessary pressure to the Magpies' difficult start to the campaign.

He then became a walking shell of a footballer, looking unenthusiastic, unfit, and unwelcome at the club. When he did get the ball within 40 yards of the opposition goal he would lash a shot high and wide in a futile attempt to score a wonder goal and bring the fans back on his side. Whichever way you look at it, one goal and one assist in 28 games is pretty horrific.

Benitez is a wonderful, wonderful man. As key as Salomon Rondon was to Newcastle's survival this year, he pales in comparison to what the Spanish magician achieved with this squad, on a shoestring budget, whilst dealing with the worst owner in sports.​ Over the course of the season he engineered massive performances out of average players when the club needed it most, and Newcastle only lost by more than two goals on two occasions. So far, in 2019, he's the only manager to have beaten Pep Guardiola's ​Manchester City in league play.

He's stayed true to his word and remained at St James' Park throughout the duration of his contract, despite the failed promises from the club's hierarchy. It took the threat of a mass fan riot for Ashley to act and break the club's transfer record to sign Miguel Almiron in January, but many wouldn't have blamed Benitez for leaving after the fiasco that was the summer transfer window.

Newcastle, and Mike Ashley, should thank their lucky stars to have Benitez at the helm. The question is, will they have him to thank again next season?

Newcastle started the season so poorly and gave themselves such a big hole to get out of that this campaign became a race for survival, when instead the Magpies should have pushed on from their 10th place finish last season and look to crack the periphery of European competition. Add in the repeated failings in domestic cup competitions, and it makes for bad reading. Still, the win over Manchester City and that epic comeback against ​Everton will live long in the memory, and the performances of new additions Schar and Almiron are pleasant surprises.

Alas, everything hinges on this summer. Benitez's contract is up in June, and if Ashley isn't able to keep him under improved conditions, then I fear for Newcastle next season. Fingers crossed it doesn't come to that.