Fulham 2018/19 Review: End of Season Report Card for the Cottagers

​Fulham bowed out of the Premier League in dismal fashion last weekend as they were pummelled 4-0 at home by Newcastle United.

Defeat at the hands of the Magpies saw Scott Parker's cohort finish 10 points adrift of Brighton in 17th position, the club's long-anticipated relegation having been confirmed in early April. Here's a look back at a troubling season for the Cottagers.

​Fulham were rather spendthrift in the summer transfer window, their total outlay stretching beyond the £100m mark. It did little to keep them afloat in the top flight, however, as they were sent back to the ​Championship after a single season amongst England's elite.

Unfortunately for supporters, there were too many moments throughout the campaign where the Londoners looked disinterested and resigned to their fate. They were lacklustre for much of the year, with woeful home defeats to ​Bournemouth and ​Arsenal in October appearing to knock their already fragile confidence. Under Slavisa Jokanovic they were bland, but under Claudio Ranieri they were truly dire. The Italian left them weak and demoralised, with Fulham failing to win a single league game for almost three months over the winter period.

At least they showed spirit and determination over the final month, collecting a hat-trick of victories over ​Everton, ​Cardiff City and the Cherries respectively.

The Cottagers performed relatively well in the League Cup as they were eliminated by eventual winners ​Manchester City after winning their first two fixtures in the competition. 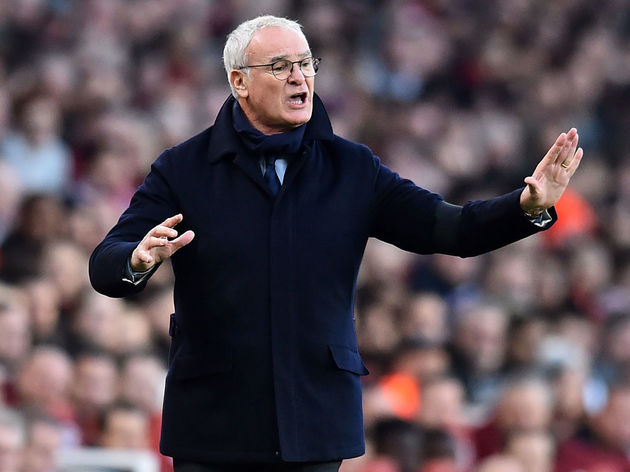 The fact that the ​Premier League side led with less than 15 minutes remaining and still managed to crash out is simply unforgivable.

This is a mightily tough one; no one truly deserves to be given such an accolade following a campaign filled with turmoil, frustration and regret. Despite the awful time they had back at the top table, there were some shining lights. The hitman fired in 11 goals in all competitions, a respectable tally for a striker in a struggling side. He proved himself to be more than just a goal threat, though, demonstrating maturity and leadership as he let Kamara take a crucial spot-kick against ​Huddersfield Town to avoid the Frenchman having a meltdown in front of a disbelieving Fulham crowd.

How long do we have? Summer signings failed to gel, several players downed tools and there was a worrying lack of urgency among many members of the squad. Having three different coaches tinkering with formations and personnel unsettled and irked many, though one individual stands out as the villain of the year.

The aforementioned incident against Huddersfield was an embarrassment. Kamara acted like a petulant child in his attempts to keep the ball away from designated penalty-taker Mitrovic - the 24-year-old's subsequent miss making the whole fiasco even worse. 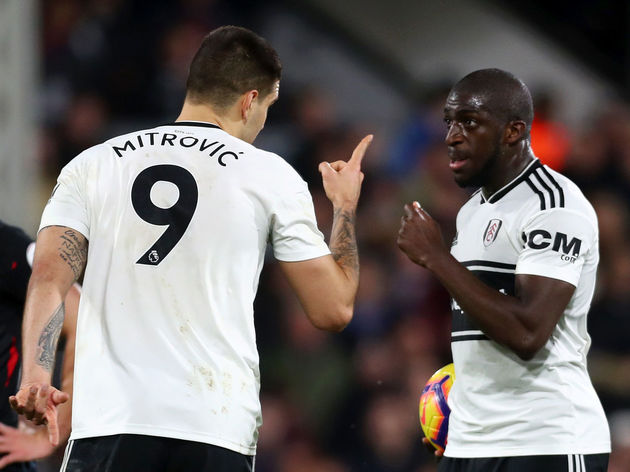 Quite miraculously, the ex-Monaco forward managed to fit in another debacle between his infamous failure from the spot and incarceration, as he clashed with Mitrovic during a yoga session.

The Cottagers hierarchy hardly showed loyalty to the man that secured their Premier League return, axing Jokanovic within half a year of their playoff final victory over ​Aston Villa. They may justify their decision by pointing to the precarious position he left them in. Without a win in seven matches and rooted to the foot of the table, the 50-year-old departed during one of the darkest moments of a gloomy campaign. The belief and optimism that comes with promotion and exciting purchases had long since faded away, and the Fulham faithful woke up to a sobering reality.

As one might expect, there was a slight upturn in form as Ranieri took to the dugout in his gleeful and kindly demeanour. But it didn't last long. A pulsating 3-2 triumph over ​Southampton in his first game in charge was followed by one win in 11 fixtures, as the new manager beginning to realise the size of the task before him.

A 4-2 victory against ​Brighton offered a brief glimmer of hope, before five successive losses saw club officials sack another coach, with growing discontent in the Fulham ranks sealing his fate.

With the pressure off and relegation looming, Parker was handed the reins to show what he is capable of. Out of the trio of managers, he can probably be proudest of his achievements leading a broken side. There was once again a purpose and drive within the Cottagers' squad, narrow defeats to Chelsea and ​Liverpool proving that there were talented individuals in the team. Parker only took nine points from the 10 league games he oversaw, though significantly he did instil courage and pride in his men.

There were a handful of moments to cherish over the course of 2018/19, but they were few and far between. This was a backwards step for the club and a painful watch for supporters, though they look to be in good hands, assuming Parker is handed the job on a full-time basis.