​Liverpool fans can forget about the idea of signing German stars Julian Brandt and Timo Werner this summer, with both deals summarily dismissed by the BBC's transfer guru David Ornstein.

Those players have all contributed to a fantastic 2018/19 season for ​Liverpool, with the club finishing second in the Premier League and achieving their league best points tally of 97. The Champions League final for a second season running also awaits at the start of next month. Despite ​comments from the club's chairman Tom Werner that were taken as an implicit hint that Jurgen Klopp would be backed in the transfer market, the BBC's Ornstein has claimed that Liverpool will only do smaller deals 'below the figures spent on Shaqiri last summer', thus taking the oft-mentioned Brandt and Werner off the table.

He said on BBC 5 Live Sport: "There's not a lot of money left, so any spending would be below the sort of figures they spent on Shaqiri last summer - around £13m.

"The reported interest in Julian Brandt is not going to come to fruition this summer. There was previous interest in him the summer before they signed Mohamed Salah in 2017.

"LFC's reported interest in Julian Brandt will not come to fruition"@BBCSport_David says #LFC will not be making a move for the Bayer Leverkusen winger.

"The same with Timo Werner. We are looking at around £20m for these players plus four, five year contracts and agents fees. It's not going to happen.

"It's going to be a low-key window for Liverpool."

23-year-old Brandt, who has a contract with Bayern Leverksuen until 2021, and ​recently spoke about his commitment to the club despite rumours of a £22m release clause. 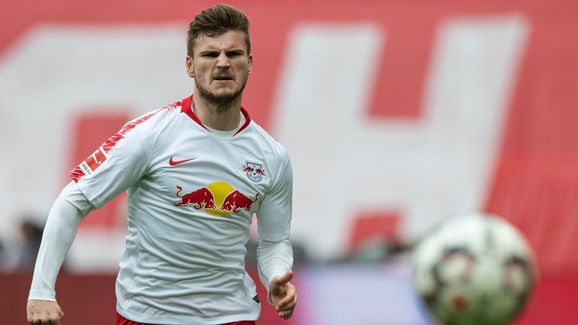 RB Leipzig forward Werner meanwhile has just one year left on his current deal, and will most likely move this summer, even if not to Liverpool. Bayern Munich have been touted as his most probable destination, while ​club CEO Oliver Mintzlaff name-checked Dortmund, PSG and Liverpool when discussing his star man's future.

While ruling out long-term targets Brandt and Werner, Ornstein did suggest that Liverpool are in the market for two players this summer, with a new full back to compensate for the departures of Alberto Moreno and Nathaniel Clyne as well as a 'versatile attacker'.

Ornstein, however, provided no indication on which targets Liverpool are looking at for these roles.