Southampton 2018/19 Review: End of Season Report Card for the Saints

​Southampton rounded off their 2018/19 campaign with a 1-1 draw with already-relegated Huddersfield Town, although there's plenty for the Saints to be optimistic about going forward.

Here's a look back at the season as a whole and an overall grade for the report card.

​Southampton's ​Premier League season became one of survival following a disastrous start to the campaign under Mark Hughes. ​

The Welshman was sacked following a 2-2 draw with Manchester United in December, leaving the club 18th with only nine points and just one league win from 14 games. Following a 3-1 defeat to Tottenham, the appointment of Ralph Hasenhuttl certainly transformed the Saints. He helped steer them away from the threat of relegation after winning 30 points in his 23 league games.

The upturn in form was noticeable, as home wins against Arsenal and Tottenham under the charismatic Austrian pointed to what he can achieve with a full pre-season at his disposal.

​It was strictly Premier League for the Saints in the Carabao Cup this season, who had top-flight opposition in all three rounds they took part in.

After edging past Brighton and Everton in the second and third rounds respectively, it would be Leicester - led by former Southampton manager Claude Puel - that would knock them out. The Saints lost 6-5 on penalties, with Manolo Gabbiadini the only player failing to score in the entire shootout. Things didn't go much better for the south coast side when it came to the oldest cup competition in the world, as they crashed out in the third round.

Championship outfit Derby County provided stern competition for the Saints, as both the original tie at Pride Park and the replay at St Mary's ended in a 2-2 stalemate. Once again, penalties proved to be Southampton's downfall, as Nathan Redmond's failure from the spot cost them in the shootout.

One of the major beneficiaries of Hasenhuttl's arrival in December, ​Redmond was Southampton's main threat over the second half of the season. Redmond will likely be a major player for Hasenhuttl's side for next season, as will James Ward-Prowse, Danny Ings and Pierre-Emile Hojbjerg, who also enjoyed upturns in form after the change of manager.

​Big things were expected of Mohamed Elyounoussi when he joined from Basel for £16m, however the 24-year-old had a season to forget for the Saints. The Norwegian international failed to score or provide an assist in 19 games this season, with the winger's solitary appearance against West Ham during Southampton's final 11 league games highlighting how far away he was from Hasenhuttl's plans.

Saints fans were hoping to see better form from the winger that scored 11 league goals and provide 15 assists in the Swiss league last season, and they will pray for a vast improvement when next season rolls around. Winning only one of your first 14 leagues to start a season isn't a record that will keep you at a Premier League job, which is something that Hughes learned on December 3 after a 2-2 draw with Manchester United.

Despite guiding the Saints to an FA Cup semi-final in 2017/18, Hughes' time at St Mary's was a forgettable one, having won only three of his 22 league games in charge. 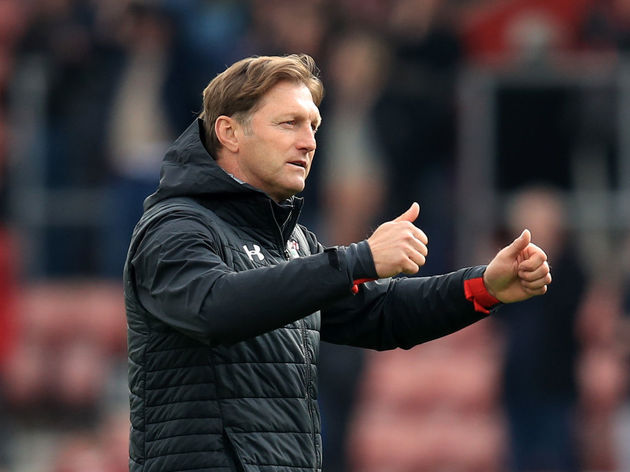 Southampton opted for a manger with no Premier League experience in Hasenhuttl to replace Hughes, although the Austrian managed to revitalise a stagnant side and steer them to safety.

The former RB Leipzig manager - who guided them to second place in the Bundesliga in 2016/17 - is known to favour a side full of energy, endeavour and the ability to play in numerous formations.

He did what was asked of him this season in keeping the Saints in the Premier League, having secured 30 points in his 23 league games, and will now see this summer as the chance to truly stamp his mark on the club. Before the arrival of Hasenhuttl, Southampton were staring at the prospect of a massive failure due to the very real prospect of relegation looming over them.

The Austrian however has managed to help the Saints scrape a pass having avoided a drop, as well as showing promising signs as to what to expect at St Mary's in 2019/20.