The 2018/19 Premier League season was one the most memorable to date, as Manchester City and Liverpool took an incredible title race right down to the final day. Guardiola's side eventually retained their crown, and there were plenty of pivotal moments that shaped the course of what was a historic title.

Here's a look back at the defining moments of the season ​as City became the first side to win back-to-back titles since 2009. City endured a rocky end to January, surprisingly being beaten by Newcastle, but Pep Guardiola's side picked themselves up with wins over Arsenal and Everton before facing Maurizio Sarri's Chelsea in February.

While the Londoners had been in poor form, the 6-0 mauling that followed took most by surprise. ​City were four up by half time and added two after the break, with Raheem Sterling scoring a brace and Sergio Aguero netting a hat-trick. It was the most comprehensive victory of the 14-game winning run that culminated in Man City's retention of the title. If anything is to be said about this season, it's that it was certainly one of fine margins. City were neck-and-neck with Jurgen Klopp's Liverpool when they travelled to Burnley on 28 April. Sean Dyche's side had recovered from an early season wobble and, back to their defensive best, managed to hold City for over an hour.

Aguero tried his luck in the 63rd minute, only to see his shot cleared before it hit the back of the net. However, goal-line technology revealed the ball crossed the line by a mere 2.9cm, gvingCity the narrowest of victories. City and Tottenham played out one of the games of the season in their ​Champions League quarter-final second leg. Guardiola's side thought they'd won it when Sterling netted in the dying seconds, only for VAR to rule the goal out for offside.

This Champions League heartache would have knocked many sides for six, Guardiola's side bounced back immediately when they faced Spurs just three days later. Maurcio Pochettino's side made them work for the victory, but City showed true heart to recover from their disappointment and take the three points courtesy of a goal from Phil Foden. 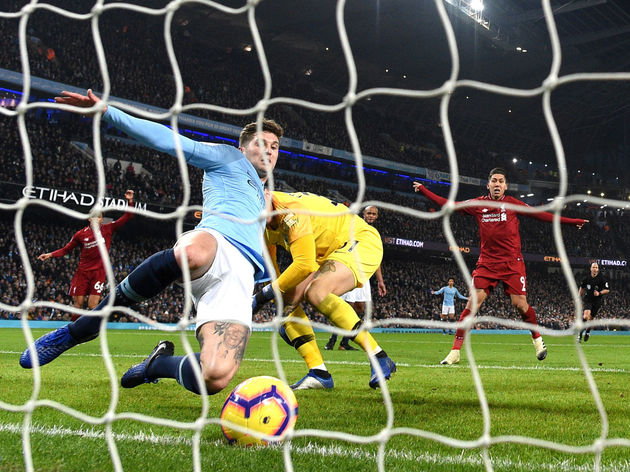 And we thought Aguero's goal was the epitome of fine margins. City were seven points adrift  of Liverpool in the Premier League when the two faced off at the Etihad Stadium in early January.

With the game poised at 0-0, Sadio Mane fired a low shot off the post and seemingly crossed the line before being hooked away by John Stones. However, goal line technology came to City's aid once again, revealing that just 11mm of the ball had failed to the clear the line. City would go on to win 2-1 in a game that changed the course of the title race. 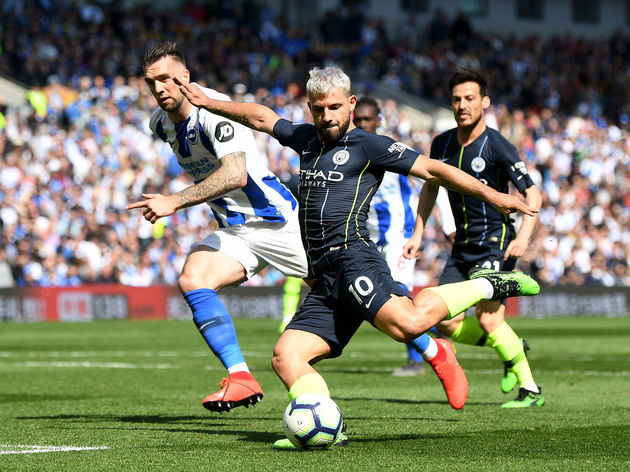 When City need inspiration, Sergio Aguero is the man they look to, and on the final day of the season he came up trumps once again. City held a two point lead over Liverpool, but with the Reds already winning against Wolves, there was no room for error.

Cue gasps of disbelief in Manchester and jubilation in Liverpool when Glenn Murray scored in the 27th minute. However, fears that City were going to 'bottle' it were quickly subsided when Aguero levelled a mere 83 seconds later, settling City's nerves and providing the platform for the team to go on and record a 4-1 title-winning victory. 0-0. 20 minutes to go. Man City are in need of a hero. The scene was set for a hero to step forward, but few expected that hero to be Manchester City's captain. Even many of the City players have admitted to wishing that Vincent Kompany would pass the ball as he strode forward.

The wise old head ignored his teammates' pleas however, and opted instead to rifle the ball into the top corner from 30-yards to give his side all three points. Easy work.