Watford 2018/19 Review: End of Season Report Card for the Hornets

A devastating 6-0 hammering to Manchester City in the FA Cup final meant a season full of promise ultimately ended in disappointment for Watford, but there is plenty for Hornets fans to be optimistic about as they look ahead to the future.

​Despite also ending their league season on a low with a poor 4-1 defeat at home to West Ham United they have enjoyed a strong campaign, spending the majority of their league campaign hunting down seventh spot and a place in Europe. While they did not end up lifting their first trophy since winning the Championship play-off final in 2006, the foundations put in place this season mean they may well have the chance to earn silverware again soon.

Here's a look back at their campaign as a whole and an overall grade for the report card.

Having spent so much of the season in the top half of the Premier League, Watford

Despite that, it has still been an extremely good year for Javi Gracia's side where they have shown real progress in the top flight. A penalty shoot-out defeat away to Tottenham Hotspur However, a remarkable end to the game saw Hornets centre back Christian Kabasele sent off, with Dele Alli

​Watford's entire campaign has come to be defined by their excellent run in the FA Cup, with the club reaching just the second final in their history.

#Imagineif you could be so proud of your team even when the game is over 💛👏 pic.twitter.com/ZUw9AsJgN5

Despite suffering such a heavy defeat in the final, the supporters will be delighted they had two days out at Wembley and were able to add to their one and only appearance at the showpiece event from 35 years ago, when they were defeated 2-0 by Everton. With Watford 2-0 down with 25 minutes to go, Gracia brought on Gerard Deulofeu and changed the course of the game completely.

Deulofeu was outstanding, scoring twice as Watford came from behind to win 3-2 after extra time. Losing to treble champions City is no disgrace although Gracia and his players will be gutted about the final result.

Following a season of such highs for the club, there is no surprise that they have a few contenders for their player of the year.

While the likes of Deulofeu, Capoue and Ben Foster have all been excellent this season once again it is Deeney who has been the club's key man. He may not be as pretty on the eye as some other players in the league or even at his own club, but the Watford skipper is crucial to the way they play and they are a much worse side without him in it.

The bottle it took to slam home the last minute penalty against Wolves at Wembley says everything about his character and he is always a vital factor if they are to have a chance of winning football matches. He makes the other members of his side play better with his leadership skills as well as the way he uses the ball and brings people into play as the team go forward.

Deeney is so important for the club both on and off the pitch and, having overcome so many troubles in his personal life, there are few who are more deserving of lifting a trophy for their side than the 30-year-old.

Watford haven't had too many players who have underperformed this season but manager Gracia is allowed to expect more from forward Isaac Success, who has once again flattered to deceive in a Watford shirt. The 23-year-old has been given plenty of chances throughout the campaign, but a return of just one goal in 23 Premier League appearances is not good enough.

He has pace and power but his technique and decision making are not of the required standard and he should be moved on in the summer.

Gracia has had an excellent campaign, proving he is the right man for the job in his first full season in charge. 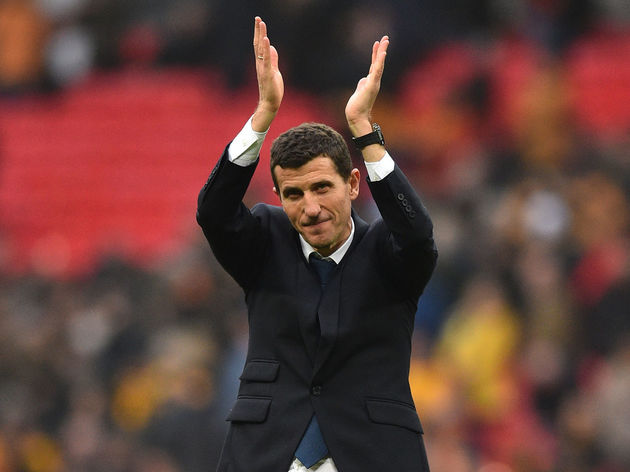 The 49-year-old was a shock replacement when the club sacked Marco Silva last January but he has been a steady influence since joining, with his summer signings being particularly impressive.

Deulofeu has responded to the faith put in him by his Spanish counterpart while the free transfer of Foster in goal was a masterstroke, the former England keeper being outstanding for most of the season. The board are known for their trigger-finger when it comes to managers but they may just have found the man to stay in charge at Vicarage Road for the next few years.

Best league finish since promotion, highest amount of goals since promotion and they reached the FA Cup final; this has been an excellent season for Watford and, had they topped it off with victory at Wembley on Saturday, it may well have gone down as the best in the club's history.

As it is, everyone associated with the club will have to reflect on a year of missed opportunities, but also one of real progression both on and off the pitch.