Everton 2018/19 Review: End of Season Report Card for the Toffees

​Everton wrapped up their season with a 2-2 draw with Tottenham Hotspur on Sunday to conclude a campaign which fans may see as somewhat underwhelming.

Having spent big in the summer transfer window, Toffees supporters would have been forgiven for dreaming that their team could break into the top six and begin to challenge for a Champions League spot this season.

That didn't happen however, as the Merseyside club meandered to a mediocre mid-table finish. That said, a turnaround in results and performances in the final third of the season has given fans a reason to be optimistic ahead of next season.

Recording six wins and three draws from their final 11 games - keeping eight clean sheets in the process - Marco Silva's side finally delivered on the pre-season promise and helped paper over some their cracks from earlier in the campaign.

In a mixed season for the Merseysiders, let's take a look a the Toffees report card for the 2018/19 season. ​Finishing in eighth place does not seem so bad on the face of it, given the dominance of the ​Premier League's big six. Look a little closer however, and it is evident why ​Everton were never troubling the upper echelons of the table.

The Toffees managed back-to-back wins just once in their first 30 league games. Despite some positive early season results, their inability to string together any sort of form has left fans a little disappointed with what they have seen from Silva's side.

If the Merseysiders are to progress next season, they will need to replicate the form and performances shown in their final stretch of matches this year. ​An early exit on penalties to Mark Hughes' ​Southampton saw Everton's hopes of a run in the League Cup dashed in the fourth round. However, it was the Toffees' FA Cup exploits which will be the cause of most dismay to the Goodison Park faithful.

Defeat away to ​Championship strugglers ​Millwall compounded Silva's team to an embarrassing fourth round exit. The loss at The Den was courtesy of a refereeing controversy, but critics will rightly argue that, given the gulf between the two clubs, the match should not have been decided on such fine margins. ​Signed from ​Barcelona in the summer of 2018, the left-back got off to a bit of a shaky start on Merseyside. However, the Frenchman soon found his feet and became a permanent fixture in Marco Silva's starting XI.​

Since the beginning of September, Digne has played nearly every minute for Everton and performed so excellently that he has restricted club legend Leighton Baines to just six appearances. With four goals and four assists, the full-back has been as impressive going forward as he has been defensively.

Honourable mentions for this category should also go to ​Richarlison, Gylfi Sigurdsson and ​Andre Gomes - all of whom have been consistently solid for the Toffees this season. ​After a strong start to the campaign with two goals in his opening three games, Theo Walcott's form turned stale very quickly. Despite starting the majority of Everton's games this season, the former ​Arsenal man was not able to repay his manager's faith in him with any sort of meaningful goal contribution.

Five goals in 37 appearances as one of the Toffees' main attacking players is well below par for what his club will need if they are to achieve their targets. Keeping his place ahead of promising young players such as ​Ademola Lookman, Walcott can count himself lucky to have featured so regularly this season.

Perhaps just a coincidence, but Everton's excellent run of form in their final stretch of games came when the English winger was restricted to short substitute appearances. 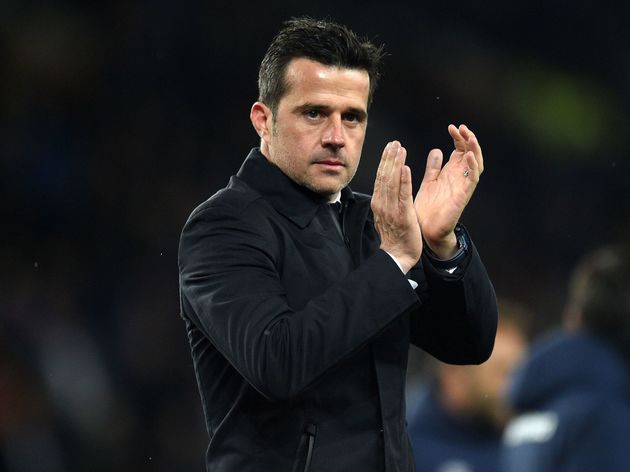 Marco Silva has survived several calls for his head this season, as Everton struggled to establish any sort of form up until March. However, the Toffees' end of season purple patch - ​and most notably, strong defensive record - has seen Silva survive relatively unscathed.

Ahead of his side's mid-March fixture at home to ​Chelsea, there was a lot of talk about Everton's dreadful recent record against top six sides. Silva responded that day with a 2-0 win over the Blues, which he later followed up with victories over Arsenal and ​Manchester United before a draw away to ​Tottenham Hotspur on the final day.

If Silva is able to shore up his defence for the course of an entire season and continue his team's recent form against the bigger sides, the Merseyside club may soon have a team to get very excited about. ​The 2018/19 season can be considered to have been a transitional one for Everton, as they bedded in some new players and made tweaks to their setup before seemingly finding a winning formula late in the season.

Whether it is in fact a winning formula, or just taking advantage of other teams being 'on the beach' will not be known for sure until next season. For the Toffees to progress, their first task for the summer must be to find a top quality striker.

With neither Dominic Calvert-Lewin nor Cenk Tosun cutting the mustard at the point of the attack this season, Marco Silva may need to revisit the transfer market in order to resolve this issue.

Despite the late run of form, the inconsistency shown for two thirds of this campaign means this season has not delivered on the promise shown in pre-season.