Manchester United Pre-Season 2019: Where to Watch the Red Devils Playing This Summer

Following the conclusion of a disastrous 2018/19 season, Manchester United players will have around six weeks to recuperate on holiday ahead of reporting back for duty when the pre-season programme for the new campaign begins in early July.

By that stage fans will hope that several new signings have already been confirmed and a handful of other players have been shown the door. There will then be some pre-season sessions at home before the squad jets off to the other side of the world to begin 'Tour 2019'.

Here's a closer look at who, when and where United will be playing this summer... United will begin their summer commitments as early as 13 July with a friendly in Australia against local side Perth Glory. It will be the first time the club has travelled 'Down Under' since facing an A-League All Stars XI in 2013 when David Moyes was in charge.

Perth, who are managed by ex-Crystal Palace defender Tony Popovic, recently finished top of the regular season standings in the A-League but went on to lose on penalties to Sydney FC in the Grand Final. They are still yet to win a major trophy in the A-League era. Having faced Glory, United will be staying in Perth to face traditional rivals Leeds, playing at the city's Optus Stadium for the second time in the space of five days.

United haven't faced Leeds since January 2010 when the Yorkshire club, then in League One, pulled off an FA Cup giant killing at Old Trafford courtesy of a Jermaine Beckford goal.

There was a chance that the clubs could have been meeting in the Premier League in 2019/20, but Leeds failed to secure promotion and remain outside the top flight for a 16th straight season. 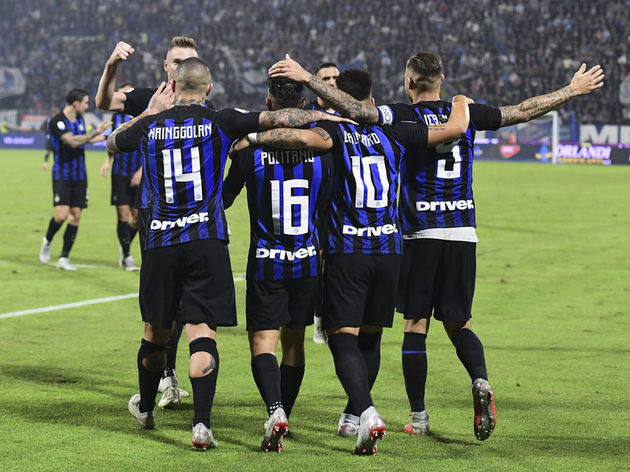 With the Australian leg of the tour over, United will fly to Singapore in mid-July. Serie A's Inter are lined up as the first opponent in this year's International Champions Cup.

United haven't actually faced the Nerazzurri in competitive action for 10 years and counting after meeting in the last 16 of the 2008/09 Champions League. More recently, the clubs met in pre-season in 2014, a game that finished 0-0 but was won on penalties by United. A trip to China will see United continue in the ICC, with Premier League rivals Tottenham Hotspur waiting in Shanghai. The club has previously faced Liverpool and Manchester City in pre-season games, but never Spurs, until now.

The Hongkou Stadium where the game will be played usually serves as home to Chinese Super League club Shanghai Shenhua, while it has also been a notable concert venue since it was built 20 years ago and has hosted the likes of Whitney Houston, Mariah Carey and Linkin Park. After returning from China, United will head to Norway for a game against Ole Gunnar Solskjaer's home town club Kristiansund. Although they United would usually host a final pre-season at Old Trafford each summer, but the club hasn't confirmed one for this year. And with the Premier League season beginning on 10 August, the final ICC contest with AC Milan in Cardiff on 3 August is likely to be 2019's last friendly.

Milan are another side that United haven't faced competitively for a number of years, since the Champions League last 16 in 2009/10, but have met in pre-season more recently. United prevailed 9-8 on penalties after a 1-1 draw in Los Angeles last summer.