​AS Roma have confirmed that club captain Daniele De Rossi will leave at the end of the season following 18 years service at the Serie A side.

The holding midfielder had spent his entire career at Roma, having made 615 appearances for the club across all competitions - putting him second to Francesco Totti in the Giallorossi's all-time appearance list - as well as winning the Coppa Italia twice and the Supercoppa. 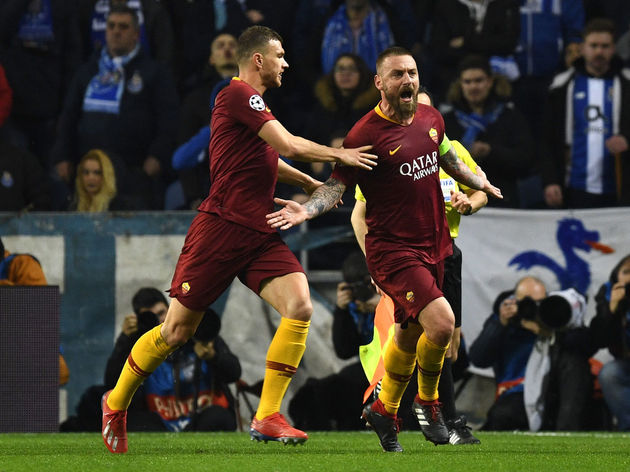 "From his debut in 2001 to taking on the responsibility of the captain’s armband, he always represented the Roma fans on the pitch with pride as he established himself as one of the best midfielders in Europe.

"We will all shed tears when he pulls on the Giallorossi shirt for the last time against Parma but we respect his desire to prolong his playing career - even if, at almost 36, it will be away from Rome.

Almost 18 years after a fresh-faced local teenager named Daniele De Rossi made his #ASRoma debut against Anderlecht, the 35-year-old club captain will pull on the Giallorossi shirt for the final time against Parma.

It will be the end of an era.

"On behalf of everyone at Roma, I’d like to thank Daniele for his incredible dedication to this club and ensure him that our doors will remain open for him to return to the club in a new role whenever he wants."

De Rossi - who won the World Cup with Italy in 2006 - is set to hold a press conference later today to confirm what he'll be doing next, as he's poised to continue his career away from the Stadio Olimpico.

He has two games remaining this campaign, away to Sassuolo and Parma at home in ​Serie A, as Roma currently sit three points outside the top four.