​Manchester City's aspirations of translating their domestic success onto the European stage could be halted for the time being, with a UEFA panel seeking a minimum one-year ban from the Champions League.

The club have been under investigation by FIFA, the Premier League, the FA and UEFA since March, as allegations that the club have breached FFP regulations in their pursuit of dominance reach fever pitch.

It's the latter that comes to the fore here, with European football's governing body believed to be digging into allegations that City officials had misled UEFA with regards to the source of sponsorship revenue, linking back to the club's owners in Abu Dhabi.

An investigation into accusations that Premier League champion Manchester City misled European soccer’s financial regulators in pursuit of its success on the field is expected to recommend that the team be barred from the Champions League.

Aside from a ​brief statement confirming the investigation was underway, UEFA has so far been silent on the matter, but a report from the ​New York Times on Monday claims that the verdict has been reached, and City are facing a ban from Champions League football if UEFA take  its recommendations into consideration.

The claim is that members of the investigatory chamber of UEFA's financial control board met two weeks ago in Nyon to finalise their conclusions, and are expected to seek a ban which will come into effect either next season or in 2020/21.

​City have ​previously denied any wrongdoing, dismissing the allegations as 'entirely false' so it seems likely that they will fight any potential punishment all the way.

A ban from European competition would be something of a disaster for City, and would halt the incredible forward progress they have made under Pep Guardiola. 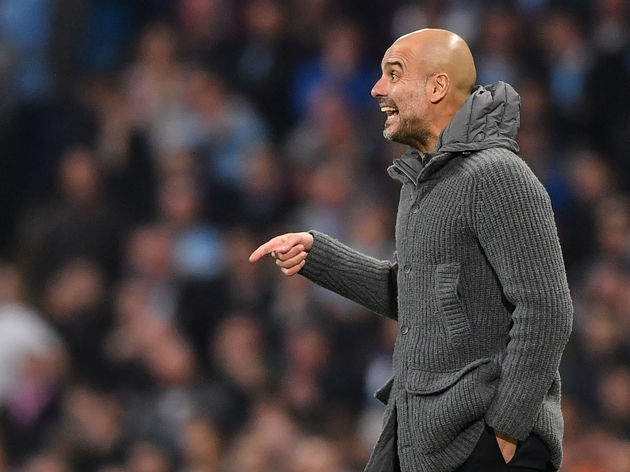 They became the first team to retain the Premier League title since Manchester United in 2011 at the weekend, pipping Liverpool to the trophy, and could complete a domestic treble when they face Watford in the FA Cup final next month.

They have, however, failed to advance beyond the quarter-finals of the Champions League under the Spaniard, meaning it is the only arena in which his City side are still to prove themselves as the top level - and won't be able to for the foreseeable if there is any truth in the latest developments.