Having impressed in Serie A this season, Sassuolo forward Domenico Berardi has revealed that if he would jump at the chance to play for Liverpool in the unlikely event

The 24-year-old - who has earned himself nine goals and five assists in 35 appearances for the Italian club this season - has been linked with a move away from Modena this summer, with Milan interested. The Daily Mail quote the Italian, in an interview with Italian paper Gazzetta dello Sport, sayingAnd if I hear that it is the right proposal, to be taken on the fly, this time I will say to Sassuolo: "I'll take it".

"Being able to choose, I would play in Liverpool."

The Italian forward has spent six seasons in Serie A with Sassuolo and seems ready to take on new challenges – after becoming the club's all-time top goalscorer at the age of just 21 with a 95th minute penalty against Inter at San Siro in January 2016. 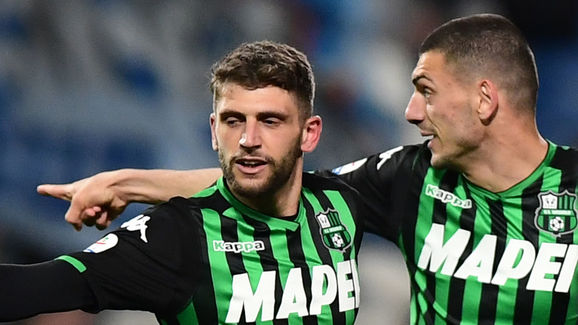 The next goal is to play in Europe, but at a club where I can be used a lot, if not always. That is my priority."