​Liverpool face Tottenham on 1 June at the Wanda Metropolitano in Madrid in the first all-English Champions League final since 2008.

Both sides have had extraordinary European campaigns this season, with each club overcoming massive odds to reach this summer's showpiece event.

The Reds overturned a three goal deficit to progress to the final at Barcelona's expense, while Spurs went through on away goals thanks to Lucas Moura's hat-trick in Amsterdam, having been 3-0 down on aggregate before the second leg's second half.

Check out 90min's preview of the ​clash below.

The main concern ahead of the clash is over the fitness of Spurs striker Harry Kane. The England captain was seen running on the pitch after the win at Ajax and has said he remains hopeful of being ready for the final.

Kane was included in the ​26-man squad to travel to Madrid, yet it remains to be seen whether Mauricio Pochettino will let him take part in the action. Spurs will have their strongest possible squad available, including Jan Vertonghen, Dele Alli, Davinson Sanchez and Harry Winks.

Jurgen Klopp remains confident Roberto Firmino will recover from a groin strain in time for the match, with the Brazilian absent since appearing as a substitute against Barca when he wasn't fully fit. 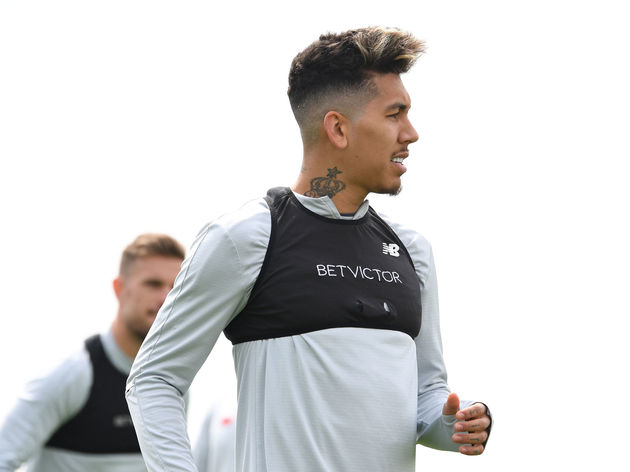 ​Liverpool are comfortably ahead in the head to head rankings, winning 53 of the 105 matches played between the two sides. ​Tottenham have emerged victorious on 28 occasions, while 24 games have ended all square. The Reds' recent record against Spurs is impressive and will be cause for concern for Pochettino ahead of the final. Tottenham have just one win in their last 14 fixtures against the Merseysiders, that victory coming in a 4-1 triumph at Wembley in October 2017.

Jurgen Klopp's men won both league fixtures against the Lilywhites this season by 2-1 scorelines, ​Georginio Wijnaldum and Roberto Firmino netting in their first clash in September before a late consolation from Erik Lamela.

This team has done us proud. Our @premierleague campaign might be over but we're not finished yet.

We've shared plenty of special moments together this season.

One game remains. See you in Madrid ✊

While Tottenham have stayed alive by the skin of their teeth in the Champions League, their domestic form was pretty atrocious towards the end of the campaign.

They managed just three wins in their last 12 league games, but the similar poor form of Arsenal and Manchester United gifted them a top four spot and Champions League qualification for next season regardless of the result on Saturday.

What a comeback. What a night.

We will be talking about this game for years to come.pic.twitter.com/X4yXgkpCmT

Liverpool, on the other hand, have been brilliant throughout the domestic season, only losing one league game and finishing one point behind Manchester City.

The Anfield side have only lost one of their last 23 games in all competitions, the 3-0 first leg against Barcelona when they came up against an inspired Lionel Messi in Catalonia. That didn't prove to be that big a blow, though.

What a week of football its been pic.twitter.com/KQBwYuvQwl

Liverpool are the clear favourites. Their players have previous experience of playing in a Champions League final, even if that night did end in misery at the hands of Real Madrid.

They should be able to overwhelm Spurs in midfield and out wide, but there's enough inspiration for Tottenham fans to be optimistic over their chances in Madrid.

Pochettino's side were dead and buried in the group stage, the quarter final and the semi final, yet found a way come back and sneak through each time. Their English and Belgian players also have experience of big occasions after playing in last summer's World Cup semi finals. Jurgen Klopp should end his wait for a first trophy at Anfield in Madrid, but don't be surprised if things don't go entirely to plan for the Reds.