​Arsenal's route to the Europa League final has been full of excitement. There have been memorable moments against the likes of Napoli and Valencia, and fans will likely remember this journey for a long time.

Seeing your team win games is an amazing feeling for any fan, but KIA took it to the next level by giving one young Arsenal fan an experience which he will never forget.

When the ​Gunners geared up to face Vorskla Poltava in the group stage of the tournament, young Jaiden was preparing to cheer his team on from home. However, thanks to KIA, he got to do much more than that as he was named as the official match ball carrier for the game.

Jaiden has been an Arsenal fan for as long as he can remember, and his bedroom is absolutely filled with various pieces of Gunners memorabilia. His shelves are lined with trophies and footballs, and following Arsenal is clearly his passion.

On their quest to bring fans of all ages closer to the teams they love, KIA gave Jaiden the chance to head to the Emirates Stadium for a once-in-a-lifetime trip. He was invited to watch the Arsenal stars, including favourite player ​Pierre-Emerick Aubameyang, warm up for the game, and he even stood alongside Unai Emery's men in the tunnel. 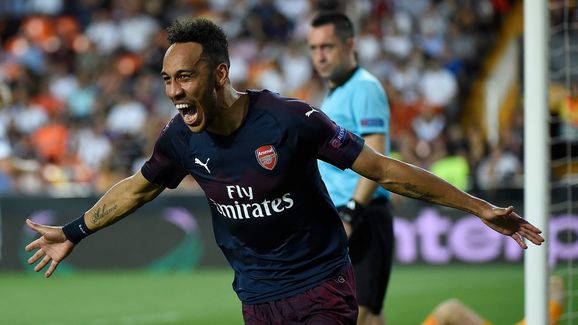 If that wasn't cool enough, Jaiden held the match ball in his hands as he was one of the first to step out onto the pitch at the Emirates, with the likes of Bernd Leno, Lucas Torreira and ​Henrikh Mkhitaryan close behind.

Thousands of spectators watched on from inside the stadium but, for Jaiden, the best part was the fact that all his friends were watching at home.

KIA gave him the chance to live out not only his dream, but that of every youngster around the world, and this was just one example of how KIA are helping fans get up close and personal with their beloved teams.