Pierre Emerick-Aubameyang earned a share of the Golden Boot as

Although the result meant little to both teams, a feisty affair ensued, with both teams having chances to take the three points, however Arsenal came out on top.

​
​Aubameyang ended up as the difference-maker with his brace, enabling him to tie for the Golden Boot alongside Mohamed Salah and Sadio Mane. Burnley have had a pretty disappointing season after finishing in seventh place in the league last term. They haven't managed to push on from ending up best of the rest last time around, and were facing relegation not long ago.

They seemed to take out their frustration on Arsenal today, putting in a fiery display and could be accused of being overly aggressive at times. They clocked up five yellow cards in game, much to the annoyance of the Arsenal fans. 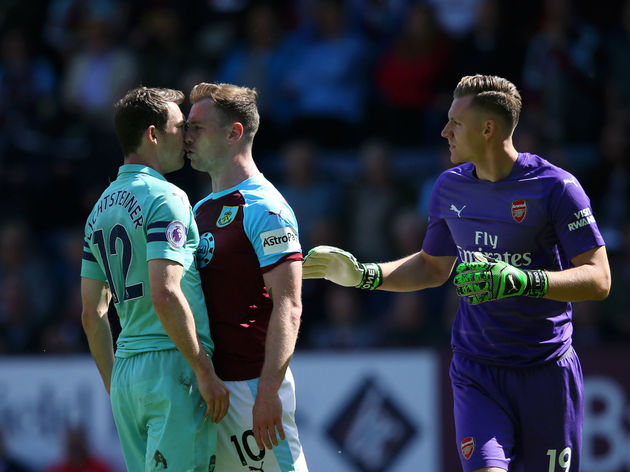 He had chances in the first half to open the scoring however had to wait until the second half to get his goal.

He turned in Gudmundsson's cross after a Burnley onslaught finally broke through the Arsenal defensive wall, giving the home fans something to cheer and denying the away side a clean sheet. 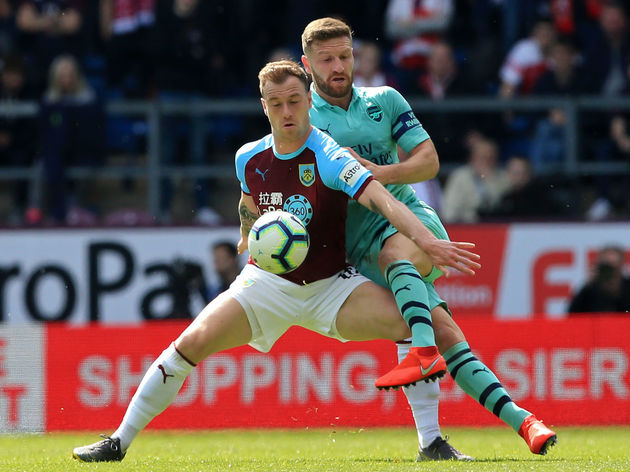 Although there were wholesale changes in their back line, the Gunners defensive frailties continued to be a sticking point, as they have been for much of the season.

Burnley's front men caused havoc throughout the first half and Unai Emery's men were lucky to go in at half time with the game tied at 0-0. Chris Wood struck the post before Shkodran Mustafi made a goal-saving block to deny Matthew Lowton minutes later.

Summer signings in the defensive department will surely be on Emery's to do list.

Star Man - ​Aubameyang managed to tie for the Golden Boot award thanks to a brace today, taking his total to 22 for the season, level with Liverpool's Salah and Mane. The striker hit the post in the opening five minutes and had to wait until the second half to break the deadlock.

A mistake by the Burnley defence allowed him to pounce on a loose ball and face Tom Heaton one-on-one. He stayed calm to slot the ball past the oncoming keeper before adding a second with a fine volley ten minutes later.

For the first time in the Premier League era, the Golden Boot will be split between three players: Saido Mane, Mohamed Salah and Pierre-Emerick Aubameyang. ⚽⚽⚽ pic.twitter.com/M63QRPDlXk

​Arsenal finish the season in fifth place, failing to qualify for the Champions League through finishing in the top four. It's not the end of their season though; focus now turns to the Europa League final on 29 June, where they will face off against ​Chelsea and hope to book their place in European's top competition next season.

​Burnley maintain their place in the English top flight after finding themselves in the relegation zone earlier in the season. They haven't quite lived up to expectations this term, with much to improve on over the summer.