Title rivals Liverpool also won their game against Wolves, but it mattered not as City finished ahead of them in the table with a hugely impressive 98 points to their name.

City struggled to get out of the starting blocks and they set themselves up for a tense afternoon as they fell a goal behind 25 minutes in, courtesy of a Glenn Murray header. The ball was whipped in to the near post and the striker nipped in ahead of Ederson to give the Seagulls the lead.

However, that lead lasted just a few moments before Sergio Aguero levelled things back up. Aguero broke in behind the Brighton defence and coolly stroked the ball underneath the onrushing Mathew Ryan - restoring belief for the Citizens. After mounting increasing pressure on the Brighton goal, Aymeric Laporte then put Pep Guardiola's side ahead with a towering header from a corner, swinging the pendulum back into City's favour. City picked up where they left off in the second half and looked to have secured the title when Riyad Mahrez extended their lead to two goals with a long range effort that soared into the top left corner. The afternoon then got even better as Ilkay Gundogan added to the lead with a stunning free-kick, kicking off the celebrations in the away end at the Amex.

That proved to be the last real action as City held firm to secure a historic second successive title.

​Brighton's safety was confirmed as Cardiff fell to defeat last weekend, but the Seagulls proved that their season was far from over as they battled to a 1-1 draw with Arsenal. This one was going to be an even tougher test for Chris Hughton's men and, although they ended up coming well short, they put in a respectable performance. As expected, they dropped deep and defended bravely, but they were simply outclassed by a City side who grew in confidence as they game went on.

The Seagulls have a steady base to build upon this summer and, if they can find some more firepower at the sharp end of the pitch, then they should be confident of increasing their stay in the top flight again next season.

A decent performance from Bissouma, who worked hard in the middle of the park to try and interrupt the flow of the relentless Manchester City midfield.

His early tackle on Bernardo Silva set the tone for a reasonably impressive afternoon, though his influence faded as City took control of the game in the second half.

I haven't watched a lot of Brighton this year, but what I've seen from the last few rounds, Yves Bissouma looks a very decent player #BHAFC #BHAMCI

It was simple for ​Manchester City. Take three points from this one and they would be crowned Premier League champions for the second consecutive season. 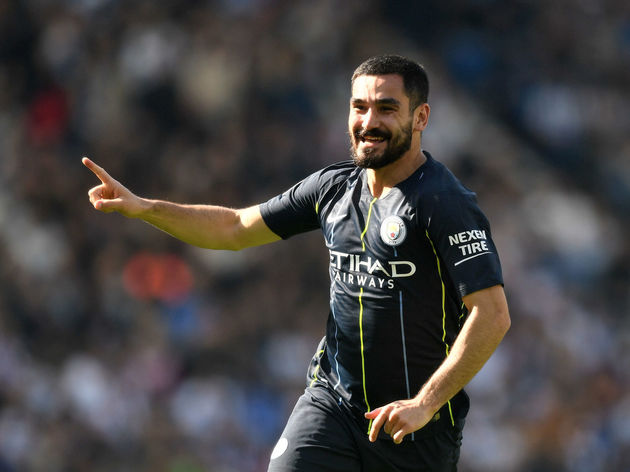 They didn't start brilliantly and when Murray opened the scoring, it looked like Guardiola's side would be in for a very frustrating afternoon. However, just as they have countless times over the past few seasons, they stuck to their guns and reaped the rewards. Their passing was slick, their forward runs were decisive and their finishing was nothing short of perfect.

Liverpool put up a great fight, but City were more than worthy winners at the end of the day. Even if they fell slightly short of their 100 points total last season, this title may be their most impressive yet - it'll certainly take some beating, that's for sure.

Laporte has played the most minutes for any outfield player at City this season, which is testament to just how brilliant the Spaniard has been this season.

He put in an excellent shift in this one and was arguably the most influential player for City. He nullified the physical threat of Murray at the back and made a huge impact at the other end of the pitch as his goal put City on the path to success.

Laporte is the best CB in EPL

Laporte has been MotM till now... Seems even the pass before the Silva's pass for Aguero's goal was from Laporte

Brighton's season has now come to an end, but Manchester City still have more silverware to play for. They'll line up against Watford in the FA Cup final on Saturday.