Diego Godin: How the Best Defender of the Last Decade Has Led Atletico Madrid's Modern Success

​"Atletico Madrid have been my family, my club and my home and it's very hard to say goodbye."

Those ​words almost epitomise just how much Atletico Madrid means to Diego Godin, how great a player the towering Uruguayan has been for Los Rojiblancos, and how sorely Diego Simeone's side will miss their iconic leader.

After nearly a decade and 275 appearances in the Spanish capital, Godin has confirmed that he is leaving ​Atletico Madrid at the end of the season, bringing to an end an era-defining spell in which the 33-year-old has managed to lead an ambitious chasing pack to become La Liga champions.

When Godin arrived at Atletico from Villarreal in the summer of 2010, Los Rojiblancos had just won the Europa League in the previous season and finished ninth in La Liga.

Then managed by Quique Sanchez Flores and boasting star names such as ​Sergio Aguero, Diego Forlan and ​David de Gea on their roster, Atletico were a club brimming with potential, but lacking in the fiery resolve, gritty determination and uncompromising leadership to move forward.

Over the years, Simeone has been largely credited with ingraining all of those qualities and more in the club which he represented in two separate spells amassing to a total of five years as a player.

The Argentine has led the club to one La Liga title, a Copa del Rey victory, two Europa League triumphs and two Champions League finals since taking the reins as manager in 2011.

However, one man has been with him every step of the way over the course of that hugely successful period, and was even there before him to set the wheels in motion.

As much as Simeone's strictly regimented tactics, relentless passion and energy and his bravery to reach higher and pull his side to the very top have epitomised Atletico's modern era of success, Godin has provided the oil for the machine to function.

What any great manager requires to put their methods into practice is at least one player capable of translating them in action, as a consistent exponent of their demands and a leader to guide the rest of the team into the desired mould on the pitch.

For the best part of a decade, no Atletico player has carried out that role more so than Godin. 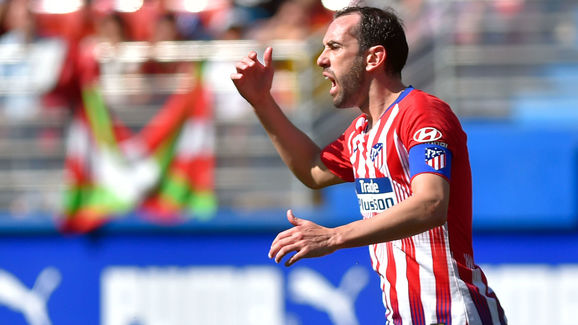 The rugged centre half has become a virtual embodiment of Los Rojiblancos' steeliness, organisation, determination and willingness to leave everything on the pitch, qualities in which Atletico have led the way in European football in recent times.

Godin has been the figurehead of Atletico and the emblem of their growth and success as a club over the last decade.

The defender said at his farewell ​press conference: "In short, I am captain of the team and have been here for many years. We have not reached an agreement to continue so my time here is over.

It'll be an emotional day as Atleti fans say farewell to Godin in their last home game of the season. ❤

"It has been the best of my career and my life. I would like to play here until I'm 40 but it's impossible. For me the priority has always been the club, the team, my teammates."

Godin speaks not as a superstar individual, but as a world-class leader and a true man of his club. There can be no harder figure to replace at a club than one who genuinely represents its values and wears the crest on his heart, and that is the task that Atletico now face.

​Real Madrid captain Sergio Ramos and ​Barcelona stalwart Gerard Pique are examples of central defenders who are regularly in the headlines as individuals. 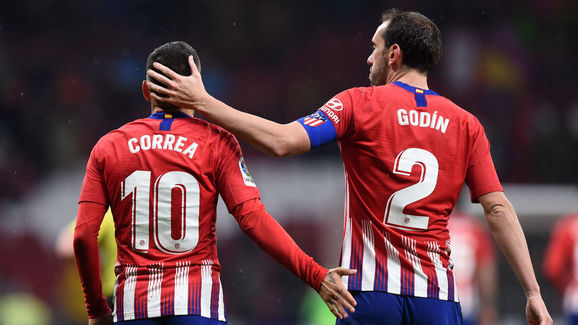 Godin, for all his talent and ability as arguably the most consistent and rock-solid defender in Europe over the last decade, has never been a 'headline' player - and that is perhaps the greatest credit to him as a player and as a leader.

As proclaimed by the man himself, it has always been about the club, the team and his teammates. Godin has never appeared motivated by personal success or individual accolades.

Godin's performances over the years have always been more or less the same in every game, in terms of his defensive resolve, uncompromising focus and complete dedication to the greater cause.

The Uruguayan fights tooth and nail on the pitch, doing the dirty work with great enthusiasm and efficiency that most central defenders tend to shy away from in the modern day, as they focus on 'playing out from the back'.

Godin's style may appear old-fashioned in today's demands of 'total football', but it is no coincidence that the Atletico captain remains one of the best, if not the very finest central defender in the game today.

The Uruguay international enjoyed the peak moment of his career when he headed Simeone's side to their first La Liga title in 18 years in the 2013/14 season. In the final game of the campaign, Atletico needed only to avoid defeat to Barcelona at Camp Nou to seal the title. Lose, and the Spanish crown would have fallen into the hands of the Catalans.

Alexis Sanchez's opener for Gerardo Martino's side looked set to crush Los Rojiblancos' hopes of pulling off the triumph, until Godin stepped up to thump home a header which encapsulated every bit of the undying resolve and determination which made Atletico succeed.

That title win provided the ultimate marker for Los Rojiblancos' re-emergence as a true force in Spanish football, and Simeone's side have continued to climb the ladder since then.

Atletico have reached two Champions League finals, won another Europa League title and moved from the legendary Vicente Calderon into the revolutionary Wanda Metropolitano Stadium since that famous title triumph, as the club's modern renaissance continues.

Godin will become the next pillar of Atletico's modern success to be left in the history books at the end of the season, but the consistency and quality of his performances and leadership have remained total until the end.

"A cyclus is over, the most beautiful one of my life and career. It's not a club, it's my family, my home, my way of life." As Godin prepares to make his final home appearance in Sunday's La Liga clash with Sevilla, before completing his expected move to ​Inter this summer, the Uruguayan's name, spirit and legacy are already etched firmly into Atletico Madrid's history.