​Leicester manager Brendan Rodgers has urged defender Harry Maguire to stay at the club, insisting that they can continue to help him develop.

The 26-year-old has been linked with a move away from King Power Stadium since last summer, with Manchester United still interested. However the Leicester manager is eager for him to stay at the club, as he hopes to help him improve with him. As reported by The Mirror, Rodgers said: “He is a top-level centre-half, let’s make that clear, there’s no doubt about that. But there are still areas of his game he can improve upon - absolutely there are. He has age on his side. He can get better. No question.

“We have identified areas for him to work on this summer. We can push him even further. I’m convinced he can develop.”

Since joining ​Leicester from now-​Championship side ​Hull City in 2017, ​Maguire has become a key part of the Foxes' defence. The Englishman has made 75 appearances in his time at the King Power Stadium, which matches his tally from his spell with the Tigers. 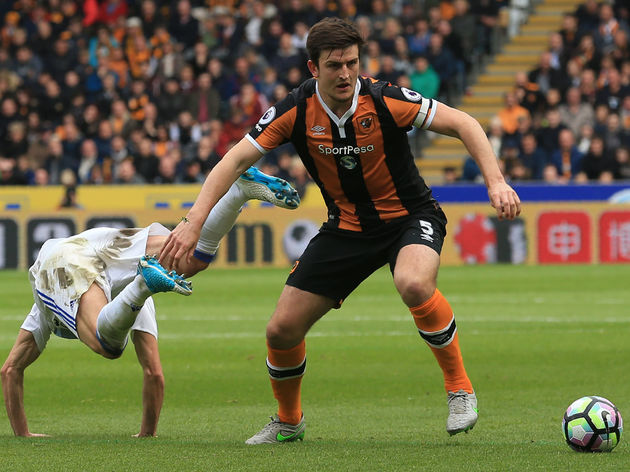 On Maguire, Rodgers added: “What he already has is ­incredible pace. And, first and foremost, he’s a defender who enjoys heading the ball. He can defend the box. What happens when you play for big teams is that you have to be ­comfortable on the ball. And he has that."

Maguire has made 30 league appearances this season, only missing games through injury and suspension. He is one of the many regulars in Leicester’s squad, where he is one of 11 players to have made over 30 appearances in all competitions this season.

As well as excelling at Leicester, Maguire is enjoying a good international career with England. After earning his first cap four months after joining the Foxes, the Englishman has now earned 18 caps as well as helping the Three Lions reach the semi-finals at last summer’s World Cup. Although Rodgers is determined to keep Maguire, ​Manchester United are still believed to be interested in him. The Red Devils were willing to pay a world record transfer fee for a defender last summer, before Rodgers’ predecessor Claude Puel rejected the bid on deadline day.

Leicester conclude their season on Sunday, as they host ​Chelsea at the King Power Stadium. If they win, the Foxes could finish eighth this season, providing ​Everton drop points at ​Tottenham at the same time.