​West Ham are interested in signing Real Madrid midfielder Dani Ceballos, having been told that he has ‘no future’ at the club.

The Hammers are eager to bring the 22-year-old to east London in the summer, and have opened talks with the player’s agent. They could make a move for him in the next few months, as they look to beef up their squad ahead of the new season. 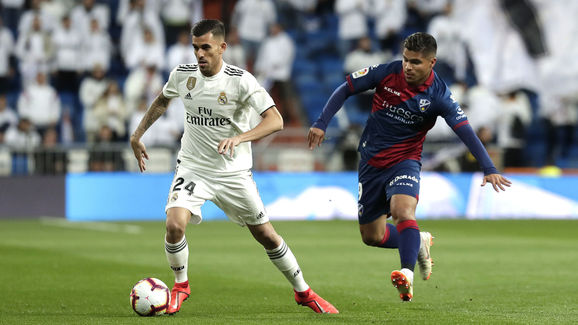 As reported by The Express, Real Madrid manager Zinedine Zidane has told the Spaniard that he has no future whatsoever at the Santiago Bernabeu, and he is welcome to leave as soon as the summer transfer window opens.

​Real Madrid will reportedly demand £20m for Ceballos, whose contract runs until the summer of 2023. The midfielder has been with Los Blancos since 2017, after signing from fellow ​La Liga side Real Betis for a fee of approximately €18m.

​West Ham manager Manuel Pellegrini has been impressed by Ceballos, having received positive scouting reports throughout the season. Despite spending an astonishing £90m in last year’s summer transfer window, Pellegrini is planning to spend big once again this summer. West Ham are hoping that the prospect of playing in the ​Premier League will be enough to persuade the Spaniard, as well as regular first team football. He could be the third Spanish player in the Hammers’ squad, joining Adrian and Lucas Perez.

Ceballos has managed 56 appearances since joining Real, 34 of them coming this season. While they are far from underwhelming stats, he is rapidly falling out of favour under Zidane, having featured in just one of their last seven league fixtures. Although he has generally struggled this season, West Ham still see Ceballos as an exciting prospect. He still has a lot of potential at the age of 22, and with 137 league appearances and nine games in European football, he already has some experience under his belt.

West Ham finish off their season on Sunday, as they face ​Watford. Meanwhile Real Madrid have two more games to play in La Liga, as they travel to Real Sociedad and then host Ceballos’ former club Real Betis on 18 May.