​Milan moved to within a point of the Champions League places as they secured a 1-0 win over Fiorentina at Stadio Artemio Franchi on Saturday night.

After weathering an early spell of pressure the visitors dominated the rest of the first half and peppered the Fiorentina goal with shot after shot, with Hakan Calhanoglu finally putting Milan ahead courtesy of his glancing header ten minutes before half time. 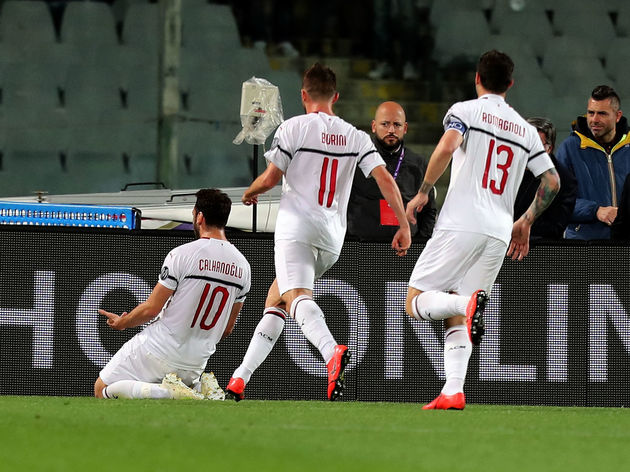 Coming out for the second half Fiorentina looked a rejuvenated side and it was they who began to trouble the ​Milan defenders, but in the end the visitors were able to hang on and claim a vital three points in their pursuit of Champions League football next season.

Here's a breakdown of the night's events.

With Atalanta winning earlier in the day and with Inter playing on Monday night, Milan had to win in order to keep the pressure up on both sides who currently occupy the final top four spots in ​Serie A, and they did just that.

It was a fantastic first half display from Gennaro Gattuso's men who, after soaking up some early pressure from the hosts, grew into the game and dominated the opening 45 minutes. If anything they may have felt slightly annoyed that they didn't add to their lead while they were on top. 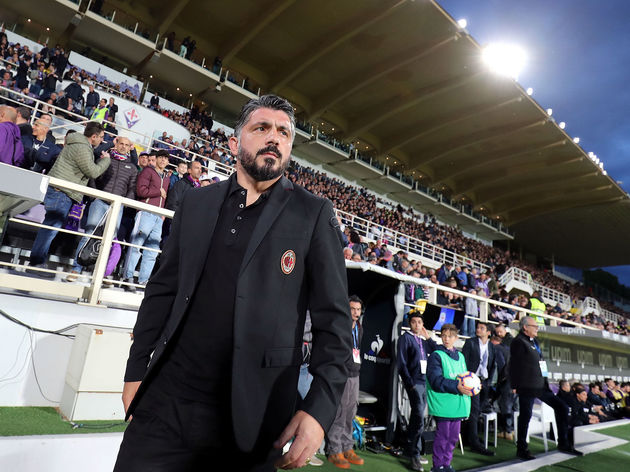 The second half proved to be a lot tougher for I Rossoneri with a spirited Fiorentina side storming out of the blocks in the second half, but Milan remained strong enough in defence and with a little bit of luck got the job done in what was a crucial win.

STAR MAN - He proved to be Milan's main attacking threat all evening and in the end it was indeed Calhanoglu's goal that made the difference on the night.

Calhanoglu has been immense today.

Calhanoglu should not be sold, he gives it all#SerieA#FiorentinaMilan

He caused the Fiorentina defenders problems all night and got his rewards for his efforts by getting his name on the scoresheet. It could well prove to be a crucial goal in Milan's pursuit of a top four spot, and he'll certainly be delighted with his performance on the night.

The loss means Fiorentina have now gone 12 Serie A games without a win and will be desperate to end that sorry run when they travel to face Parma next Sunday. As for Milan, they'll be delighted with the three points and will be hoping to keep the pressure up on those teams above them when they host already-relegated Frosinone next weekend.