​Harry Maguire looks almost certain to play his last game for Leicester on Sunday as Manchester United, Chelsea and Arsenal all prepare summer bids for the England centre-half.

Chelsea will have the best chance to cast a final eye over the 26-year-old, as they will be the Foxes' opponents this weekend. 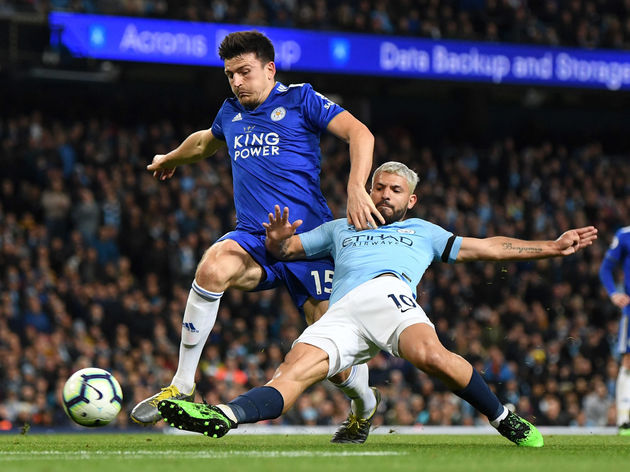 ​Manchester United were heavily linked with a move for ​Maguire last summer after he impressed in England's World Cup campaign, and they don't appear to have cooled their interest – with The Sun reporting that new boss Ole Gunnar Solskjaer is still eager to rejig his defensive options.

Unai Emery has reportedly also made Maguire his number one transfer target after identifying his defence as the main area to improve in summer. ​Arsenal were treated to a display of the player's talents recently as Maguire and ​Leicester frustrated the Gunners in a 3-0 defeat that all but ended their hopes of a top-four finish. ​Tottenham could also be drawn into the bidding war as they seek a replacement in the event of ​Toby Alderwiereld's departure. The serious interest from several of England's elite will make it very difficult for Leicester to hold on to their star, who now looks destined to leave.

Leicester are not willing to let Maguire go on the cheap though, and will demand at least £60m, having taken into account ​John Stones' £50m move to ​Manchester City three years ago.

With so many big spenders interested, the Foxes should easily be able to drive the price up – which could help in Brendan Rodgers' quest to secure the long-term future of Youri Tielemans, who has been on loan at Leicester since January. ​Rodgers is eager to make that switch permanent but faces being priced out for the promising starlet who is expected to fetch upwards of £40m.