Fulham vs Newcastle: Where to Watch, Live Stream, Kick Off Time & Team News

​Fulham welcome Newcastle to Craven Cottage on Sunday for their final Premier League fixture. The visitors have been the picture of consistency in recent years, so much so that a 2-0 win in this fixture would see them finish just one point better off from last season's total, having scored and conceded one goal more.

They face an anxious summer ahead as talismanic boss Rafa Benitez has yet to commit his future to the club after growing increasingly frustrated with the club's lack of transfer activity. By contrast, ​Fulham will be without long term absentee Marcus Bettinelli who is still recovering from knee surgery and ​Manchester United loanee Timothy Fosu-Mensah who suffered a cruciate ligament injury last month. 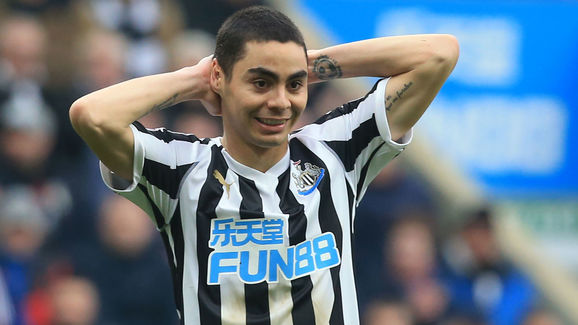 The visitors have Sean Longstaff and Florian Lejeune both still ruled out with separate knee injuries, whilst big January signing Miguel Almiron also looks likely to miss the end of the season with a hamstring problem after impressing in his early tenure on Tyneside.

​Newcastle have enjoyed a better history than their opponents who've spent the majority of their existence in the lower leagues. It's the Cottagers who have the advantage in the head-to-head though, having won 31 of the 72 encounters between the two sides. Fulham carry their advantage into recent history as well where they've won five of the last eight meetings and are unbeaten in the last four. The reverse of this fixture ended 0-0 at St James' Park a result that suited neither side at the time.

Fulham's form has really picked up in the closing stages of the season, and it's been enough to secure the manager's role long term for former club captain Scott Parker. If only the Cottagers had shown a little more of this guile earlier in the season, they'd have had a real chance at survival. Newcastle were under real threat of joining Fulham in the Championship just a few weeks ago, but an impressive push of late form secured survival. Victories over ​Leicester and ​Southampton were enough to steer them to safety but they've continued to show fight in their remaining fixtures, including an impressive showing against ​Liverpool.

The reverse of this fixture may have been a dour stalemate, but these two sides have only drawn one of their last 10 combined fixtures now. Both have enjoyed late booms in form, particularly after the pressure was lifted, and both have good reason to want to finish on a high.

Newcastle flop ​Aleksandar Mitrovic has been one of the shining stars of this Fulham side and could be making his last appearance for the Cottagers, with several Premier League clubs circling. It could also be Benitez's final Newcastle game and, with both teams having nothing of any consequence to play for, it could be an open match. It's got the makings of a closing day classic, Fulham look better going forward and that should be enough to seem them edge it.