​Leicester host Chelsea on Sunday afternoon, as they look to finish their season in style at King Power Stadium.

After their narrow 1-0 defeat to Manchester City at the start of the week, Leicester can no longer finish in seventh place. Nevertheless the Foxes will be eager to record a higher league finish, as they aim to pick up back to back home league wins for the second time this season.

On the other hand, Chelsea return to domestic action off the back of their dramatic European victory. The Blues beat Bundesliga side Eintracht Frankfurt 4-3 on penalties after drawing 2-2 on aggregate, as they set up a Europa League final with London rivals Arsenal in Baku.

Long-term absentees aside, Brendan Rodgers will have an otherwise fully-fit squad for #LeiChe 

​​Leicester have no new injury concerns going into their season finale, with only two unavailable players in the squad. Daniel Amartey and Matty James are Brendan Rodgers' only absentees, as they remain sidelined with ankle and achilles injuries respectively.

​Chelsea will conclude their ​Premier League season without three key players, with ​Antonio Rudiger and Callum Hudson-Odoi still recovering from long term injuries. ​N'Golo Kante is also unavailable for Sunday, though could recover in time for the Europa League final. 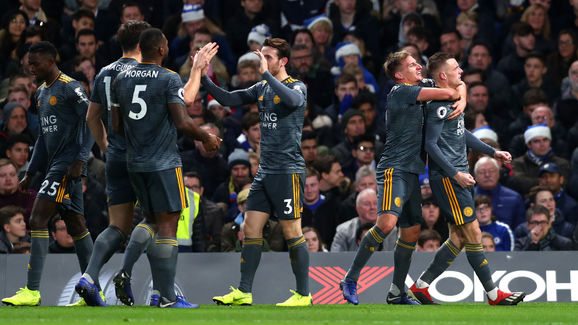 Leicester and Chelsea have played each other 113 times, with the Blues dominating the previous meetings between the two. The west Londoners have won 56 of their meetings in contrast to Leicester's 26 wins, with 31 of the meetings ending in a draw.

Leicester triumphed in the reverse fixture back in December, winning 1-0 at Stamford Bridge. Jamie Vardy's goal made the difference, as they inflicted Chelsea's only home league defeat all season and became one of only two teams alongside ​Manchester United to win there this term.

Chelsea have won their last four visits in all competitions to King Power Stadium, with Leicester's win this season their first in seven fixtures. The Foxes have kept two clean sheets in the last three encounters, as they look to record a first league double over the Blues since 2001. ​Over their last five games, Leicester have a better record than Chelsea. The Foxes have picked up two wins in their last five, following up their convincing 3-0 win over ​Arsenal with a hardly fought defeat at the hands of ​Manchester City at the Etihad on Monday.

Chelsea's results could not be more contrasting from their recent achievements. Although the Blues have drawn four of their last five games with a sole win against ​Watford, they secured their place in the top four and qualified for the Europa League final within the last five days. 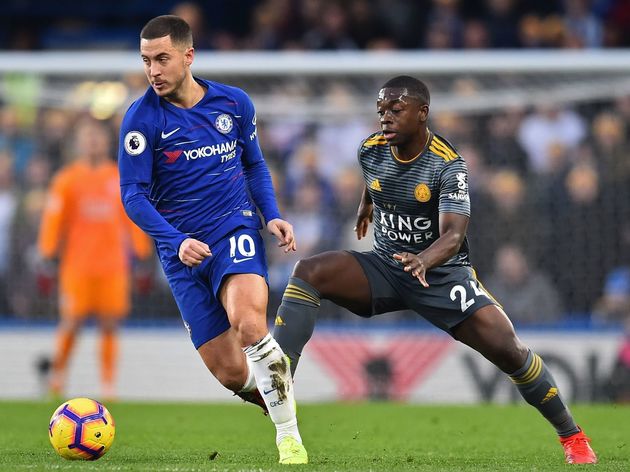 While both teams enter the final day with nothing to play for, both will still be eager to secure a win to finish off their Premier League season. Chelsea will secure a third place finish with a win in the East Midlands, while Leicester could move up to eighth with a victory.

However, the Blues look like they will prevail at King Power Stadium, as they begin their preparations for Baku. It will be an interesting game between two good sides, but Maurizio Sarri's side should secure the win to finish off their domestic campaign.