​Watford welcome West Ham to Vicarage Road on Sunday afternoon in a meeting which sees the two sides battle it out for a top half finish.

Sat one point behind the Hornets, the Hammers will need a victory to finish the season in the top ten of the Premier League for the first time since the 2015/16 campaign. As for the home team, they have already secured their best ever ​Premier League season, but will no doubt want their first ever top half finish. However, Javi Gracia's side may be approaching this fixture with one eye on their FA Cup final with Manchester City the following weekend.

With little to lose for both teams, this is sure to serve up an unpredictable final day frenzy of a game.

Check out ​90min's preview of the match below.

With the upcoming final at Wembley, Javi Gracia is unlikely to risk any of his players who are carrying slight injuries or niggles. Therefore it is unlikely that Etienne Capoue will make a start, due to a recent groin problem.

The Hornets have no other major injury concerns to key players, but the manager may look to rest a few legs ahead of the Man City tie. 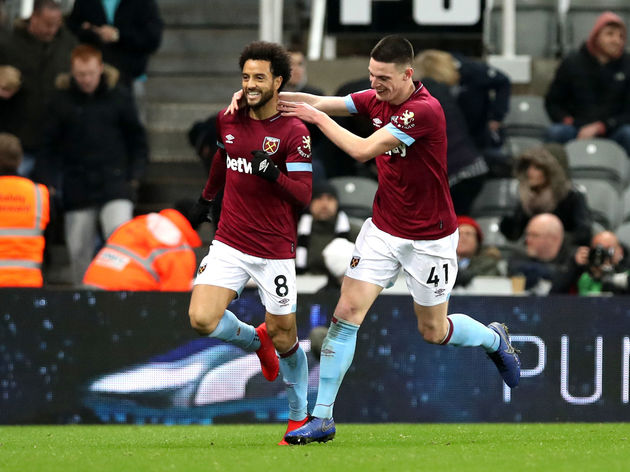 As for the Hammers, Declan Rice and Felipe Anderson have been struggling with illness in recent days and will be assessed in the lead up to this tie.

Elsewhere, Samir Nasri has returned to training following a calf injury and could be in line to feature at Vicarage Road. However, with little riding on this game, Manuel Pellegrini won't feel the need to rush players back if he feels they aren't ready.

The past three meetings between the two sides have ended with scoreline of 2-0. The most recent of these came in December last year, when Watford got the better of the home side at the London Stadium.

West Ham have the better overall record, having won 42 and lost just 21 in their meetings with the Hornets. However, the record has been perfectly matched since the turn of the century, as both teams have won seven each. You have to go back to 2011 for the last time the Hammers managed an away victory at Watford, when the east London side were resounding 4-0 winners on their way to finishing in third place in the ​Championship.

Watford's form in the final third of the season has been patchy to say the least, owing in part to their excellent run in the FA Cup. Recent defeats to ​Chelsea and ​Wolves however, have not been enough to mar what has been a fine season for Gracia's men.

You could say the opposite for the Hammers, as their late surge of results has arguably papered over the cracks of this season. What will be reflected upon as a year of transition has ended fairly well, as recent wins at home to ​Southampton and away to rivals Tottenham Hotspur have put a positive spin on an otherwise forgetful season.​ The Irons won three away games in December of last year, but had to wait until their visit to ​Spurs' new stadium to get their first of 2019. Overall, the current calendar year hasn't been kind to West Ham's away form, but Sunday afternoon is another chance to put that right.

Here's how the two sides have fared in the previous five fixtures:

Watford are playing in their second ever FA Cup final​ six days after this game and have the opportunity to lift the trophy for the first time in their history. While there is still a job to do in the ​Premier League, this will surely play on their minds as they approach this fixture.

For West Ham on the other hand, this is the last time they will be able to showcase to fans what they're all about and what they have to look forward to next season. If the players truly believe that they can make a run for a European spot next season, victory at Watford would be the perfect way to go about it. The home side are bound to play within themselves given the circumstances and the Hammers will have the quality up top to come out of this game with a win.