Originally a product of Hull's academy, James only made his professional debut for Swansea last season but the pacy starlet has already forged a good reputation after a breakout season in the Championship, managing four goals and nine assists in 33 league games. Sky Sports have claimed that a £15m deal has almost been agreed.

However, there is conflicting information that alleges the story is, for now at least, premature.

Journalist Naveen Ullal has tweeted that a source with knowledge of the potential transfer has informed him that the deal is certainly not as 'close' as Sky seem to make it out.

"Just asked a source close to Daniel James transfer if it's true a move to ​Manchester United is close. Was told, and I quote, 'No way'," Ullal said.

Just asked a source close to Daniel James transfer if it's true a move to Man United is close - Was told, and I quote, "No way". #MUFC @Sport_Witness

James actually came very close to joining Leeds during the January transfer window, even travelling to Elland Road to complete the proposed move on transfer deadline day. But the two clubs were unable to reach a suitable agreement in the end and it fell through. 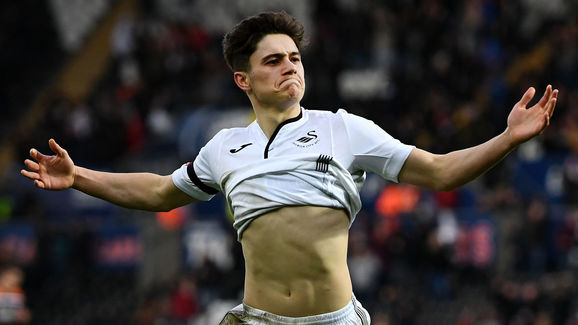 Yorkshire-born James was handed his senior international debut for Wales in 2018 by Old Trafford legend Ryan Giggs, playing just under an hour against Albania. He then scored his first goal in his second game, finding the net in a Euro 2020 qualifier against Slovakia.