​Reading midfielder Fara Williams has extended her contract with the club to stay until at least the end of next season after another fine year with the Women's Super League side.

Now 35 years of age, Williams is one of only six WSL players to have managed double figures in front of goal this season, with her 10 strikes powering Reading to a guaranteed fifth place finish.

"As long as I'm not slipping off and letting the team or myself down I will continue to go and I'm honoured to sign another contract and very grateful that Kelly [Chambers] has given me an opportunity to keep playing," she told Reading's official website.

Williams is the most capped England player of all time, male or female, and her omission from the Lionesses World Cup squad this week has been viewed by some as a surprise considering the quality and form she has continued to show at club level.

The former Arsenal, Liverpool and Everton star has never retired from international football and was part of the England squad for a friendly against Australia as recently as October.

Despite not choosing Williams in his 23-player squad for the World Cup, England manager Phil Neville has said that the door is not closed for a return at some point. He also hinted at a likely farewell international when the player decides she is ready to retire.

"Fara Williams will decide when she wants to stop playing for England," Neville said at a press conference after the squad announcement, adding that his reason for leaving the veteran out was on the merit others he believes have been performing just as well. 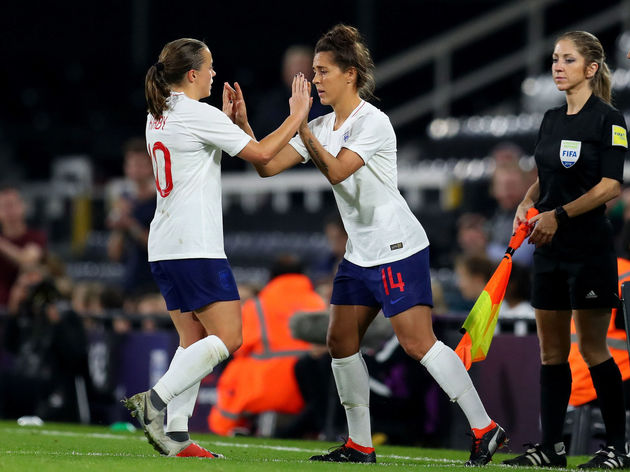 "When she sees fit that she doesn't want to play for England or Reading any more, then the FA will make sure that she gets the send-off and respect that she deserves."

Neville made it clear that he sees William as "...one of the greatest footballers England has ever produced on both the men's and the women's side."