Derby County play host to Leeds United on Saturday evening as the two sides battle it out in the first leg of their Championship play-off semi-final at Pride Park.​

Derby come into the game on the back of a good run of form, having just beaten West Bromwich Albion to secure sixth spot in the league and a crack at promotion to the Premier League via Wembley.

Standing in their way is a Leeds side who filled one of the top two spots for the majority of the season, only to fall away when it mattered most. Unlike the Rams, Leeds come into this game in a torrid run of form, having won none of their final four games.

Despite finish nine points behind their opponents, Frank Lampard's men will certainly fancy their chances of making it to Wembley.

Let's take a look at how ​Derby could line up. 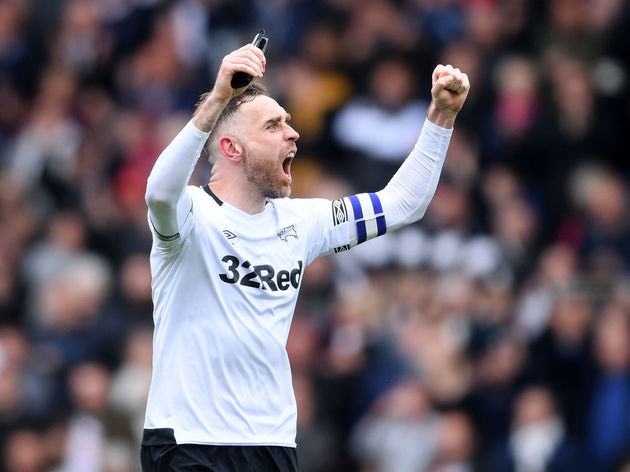 ​Kelle Roos (GK): Despite playing second fiddle to Scott Carson for much of the season, Roos has performed admirably since coming into the starting team. Having lost just one game during his current spell between the sticks, the Dutchman is likely to line up against Leeds on Saturday.

Jayden Bogle (RB): Aged just 18, Bogle has played 40 times this season for Derby. The young Englishman has excelled under Frank Lampard and has been one of the Rams' most consistent performers.

Richard Keogh (CB): Perhaps most desperate of all to win promotion will be County captain Keogh. It was his error late on in the 2014 play-off final which gifted promotion to QPR and subjected his side to life in the ​Championship ever since.

Fikayo Tomori (CB): The on-loan ​Chelsea defender is another youngster who's taken to life in the Championship very well. Despite a couple of early season errors, the centre-back has grown into his role brilliantly.

Scott Malone (LB): The 28-year-old has performed excellently in recent games, particularly in Derby's victory over ​West Brom, which has got them to this point. Another impressive performance from Malone will be needed. 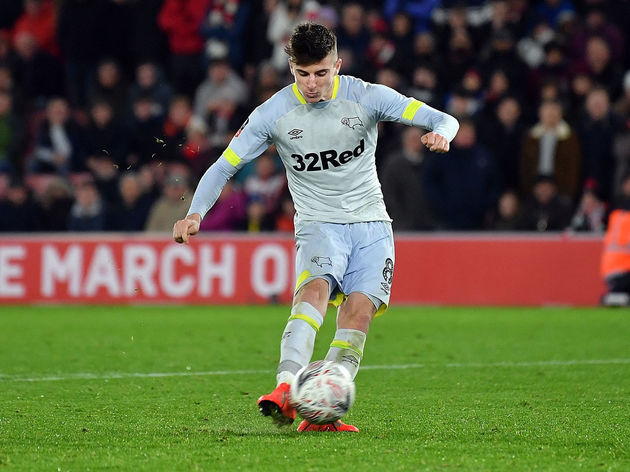 ​Duane Holmes (CM): Possibly Derby's man of the match in the West Brom win, Lampard will hope Holmes finds his best form in this play-off campaign. His tireless running and efficient passing could prove crucial to winning the midfield battle against the Whites.

Bradley Johnson (CM): The former Norwich City man has plenty of ​Premier League experience and will be desperate to fire himself back to the top tier with Derby County. More than just a tough tackler and powerful shooter, Johnson will be key for his side in these two games.

Mason Mount (CM): Adding to the endless list of bright, young prospects at Derby, Mount has shown his quality all season. His touch of class has made the difference on many occasions this season. 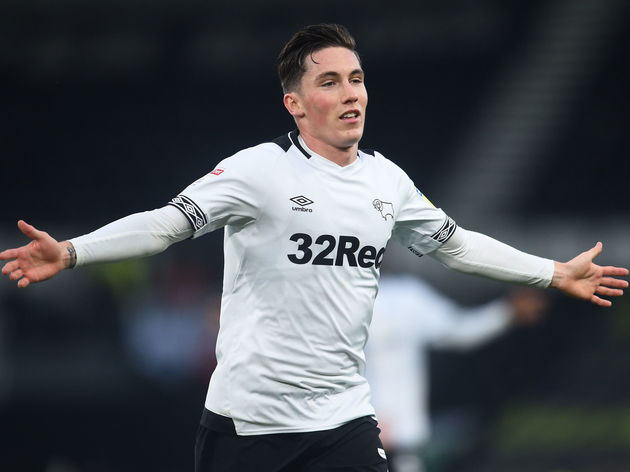 ​Harry Wilson (RW): The Liverpool loanee has made a name for himself this season, not least because he can seemingly score a free-kick from anywhere on the pitch. With set pieces often the deciding factor in knockout football, Wilson is one to watch on Saturday.

Martyn Waghorn (ST): The sight of Waghorn limping off in Derby's final game of the regular season will have worried Rams fans, but it is understood the striker is hoping to be fit in time to face Leeds. Acting as the focal point of Derby attacks, Waghorn will cause problems for the ​Leeds back line.

Tom Lawrence (LW): After accusations of diving to win a penalty against West Brom, it looked as though the Welshman may miss the two play-off games. The FA decided however, that there was enough contact and the winger escaped punishment and will line up at Pride Park on Saturday.