​Bayern Munich travel to the Red Bull Arena on Saturday afternoon, knowing that victory away to RB Leipzig will win them their seventh consecutive Bundesliga title.

The opportunity to wrap up the league arose after Dortmund could only draw following Bayern's win at home to Hannover. Last week's results leave them four points clear with two games to go. Hoping to stop them achieve this will be RB Leipzig, who themselves are enjoying an impressive season and are in a fine run of form, having won nine of their previous ten games.

With Munich facing another strong side in Eintracht Frankfurt on the final day, they will not want to be under pressure in their final game and will therefore look to finish the job on Saturday.

Leipzig will be without Kevin Kampl after the ​​Bundesliga Bayern have the better of it in the head to head record, having won four out of the five meetings between the two sides. Leipzig will take confidence from the fact that their only win against Bayern came at home last season, when they emerged 2-1 victors. Their only meeting at the Red Bull Arena prior to that was the season before in a Bundesliga classic. With the home side 4-2 up going into the final six minutes, Bayern incredibly scored three late goals to secure the win against all the odds.

This tie will be seen by many as the dress rehearsal for the DFB Cup final where the two teams will meet on May 25th.

Bayern have been in imperious form of late, with their only dropped points coming in a surprising draw away to second-bottom Nurnberg. That blip aside, the table-toppers have not looked much like losing since the turn of the year. Perhaps the only side in better form than Bayern is Leipzig. The third-place team have won nine of their previous ten and are left ruing a slower first half of the season, else they could be challenging Bayern for the title.

With ​Dortmund playing at home on Saturday, Bayern will know that failure to win against Leipzig will likely see the title race go down to the last day. Owing to their superior goal difference, Munich can afford two draws from their remaining two games and still retain the title.

This uncertainty may play into Leipzig's hands however, as they will want to get one over on the perennial leaders. Leipzig will be desperate to spoil the party and ensure the table-toppers have to wait a bit longer at least before lifting the title. 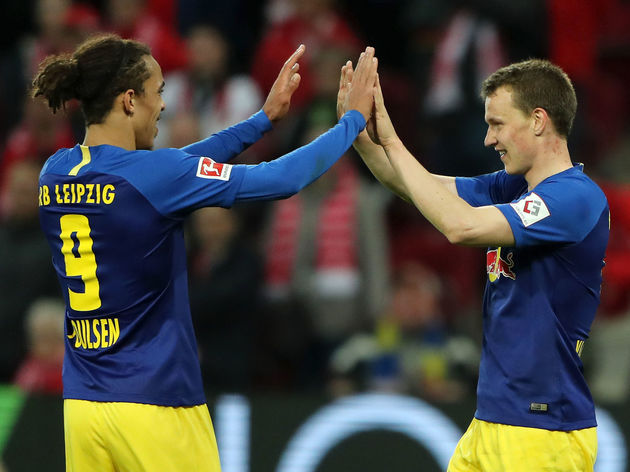 Complacency may creep in for Bayern, and given Leipzig's form, the home side may edge it on Saturday.