Liverpool host Wolves on the final day of the 2018/19 Premier League season at Anfield still with a chance of sealing their first top flight title in almost 30 years.

A win for Jurgen Klopp's men may not be enough, as league leaders Manchester City sit one point clear of the Reds. It means Liverpool have to hope Pep Guardiola's side slip up in some capacity if they are to stand any chance of sealing the league crown.

Who wins the #PL title?

Wolves, meanwhile, will qualify for European football for next season should City beat Watford in the FA Cup final, while ​Leicester's defeat at the Etihad Stadium ensured Nuno Espirito Santo's side will finish seventh in what has been an outstanding season following promotion from the Championship last campaign.

Check out 90min's preview of the ​crucial clash below.

Having missed out of ​Liverpool's stunning Champions League semi final win over Barcelona on Wednesday as a precaution, top scorer ​Mohamed Salah is expected to be fit for Sunday. Both Roberto Firmino and Naby Keita are missing with groin strains and won't feature while Adam Lallana continues to be sidelined. Andrew Robertson went off injured during Wednesday's clash, and the extent of his injury is not yet known ahead of the weekend's games.

Wolves have been in fine form as of late, largely due to not having any serious injury concerns to contend with, with Nuno Espirito Santo able to name a strong team as they look to cause an upset at Anfield.

Liverpool hold the edge in head to head clashes between these two, having won a total of 50 meetings, with Wolves being victorious on 35 occasions. Liverpool pulled off one of the greatest ​Champions League comebacks on Tuesday night as they overturned a 3-0 first leg deficit against ​Barcelona to win 4-0 at Anfield and progress to a second successive European final.​

Three points against Newcastle in their most recent Premier League outing kept them hot on the heels of league leaders ​Manchester City heading into Sunday's game. 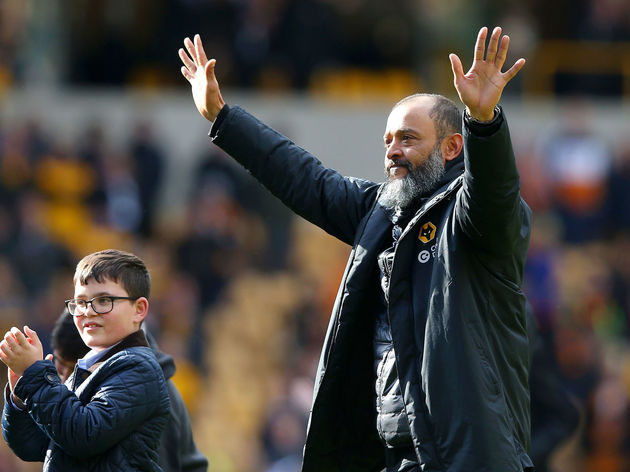 Klopp's side secured their place in the Champions League final but still harness faint hopes of lifting the ​Premier League title on Sunday.

City will have to produce an almighty slip up away at ​Brighton​ with Liverpool needing to better the result of Pep Guardiola's side to secure their first top flight crown in nearly 30 years. As we've seen this season, anything is possible, so Liverpool won't take any chances when it comes to securing all three points at Anfield.

Santo's side may have something to say about it, however, with their excellent record against the top six putting them in good stead.

Nonetheless, Klopp won't allow for any potential mishaps and Liverpool will go gung-ho on Sunday in front of their own supporters, buoyed by Tuesday's result.