Alright, we were all ready for that yeah? This is the Champions League final everyone expected – Liverpool vs Tottenham. They vanquished the Cruyffists, and now Spurs get to try and beat the team they have a one-in-14 record against since 2012.

Some 'derby' games are obvious. United/Juve is the Paul Pogba Derby, until it isn't. Derry/Dundalk is the Patrick McEleney Derby (apparently), Fiorentina/Juve is the Baggio Derby, etc.

Anyway, calling this the Peter Crouch (or "I would specifically like to thank chairman Daniel Levy for understanding, that, as a fan, joining ​Liverpool is a lifelong dream of mine and one I couldn't let pass me by."

"The club is massive. I am a Celtic fan and did not have to ask much about it. I always wanted to play for Celtic and it works for all parties."

"I have always wanted to come and play in MLS so it's the perfect combination for me and a dream come true."

The one common factor? Each one of those moves involved Keane...leaving ​Spurs, the club for whom he score 91 of his 116 Premier League goals. Ouch. Bloody hell, remember Øyvind Leonhardsen? What a man! What a name! He scored in 28 different Premier League games and never lost one. He went to Liverpool for £3.5m from Wimbledon and then straight to Spurs for another £3m. He spent about five years between the two clubs. His name is Øyvind.

Was anyone else today years old when they found out Graeme Souness played for Spurs? Once. In one game. Ever.

He was 18 (presumably still had the moustache, but who knows?) when he turned out in a UEFA Cup match for Tottenham, a 6-1 win away in Iceland over Paul Konchesky playing in a kit that isn't an early 2000s Charlton shirt is fundamentally wrong, so his stints at Spurs and Liverpool are officially non-canon.

London lad, Brentford fan but Tottenham youth product. Caulker never reached 20 league games for Spurs, but there was a little disappointment when he was sold to ​Cardiff City after a solid spell at Swansea and a mini-breakthrough into the first team at White Hart Lane.

He scored five times from centre-back for Cardiff in their solitary season in the top flight, playing all 38 games along the way, and did enough to earn himself a move back into the ​Premier League with QPR when the Bluebirds went down. That went alright too, although QPR also went down. His performances in a second successive relegation campaign won him a loan move to Southampton. 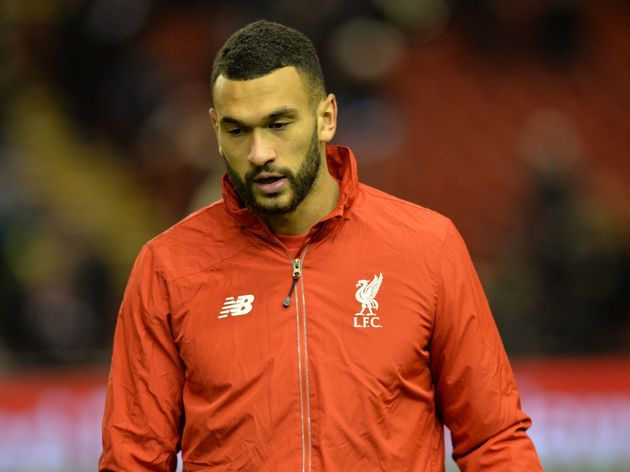 He started two Premier League games there, before his performance in a 6-1 League Cup defeat to Liverpool convinced the Reds to sign him on loan for the rest of the season (somehow?).

There's nothing funny to say about Nicky Barmby (Spurs youth product, Liverpool fake-treble winner), but his name is nice. Basically ended his career with no joints. Seems like a good bloke.